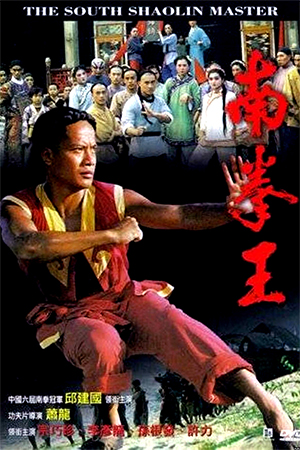 Although the title of this Mainland Chinese martial arts epic may not be too familiar to many, it has continued to steadily gain a cult following among worldwide kung-fu film fans. The unknown cast and the hard-to-find status do not stop this from making waves among film fraternities whenever this is played, with the word of mouth continuing to spread with reference to it.

The narrative centres on a nomadic opera troupe who travel to various towns as part of their nationwide tour and astound the locals with their skills. When visiting a coastal town, one of the young performers becomes involved in a market brawl after two local bullies begin to push their weight around. The righteous young performer is saved from a vicious beating at the hands of the thugs by a mysterious fighter who uses his sublime abilities to save the day. After this heroic deed, the stranger befriends the opera troupe and is accepted as one of their number by the usually suspicious entertainers. He gradually reveals to his new friends that he is a former Shaolin student and a staunch patriot – readily opposing the Manchu rulers. Unfortunately these honourable traits are of great interest to the Manchu agents who are looking to destroy any rebellion against the corrupt system. On finding their target, the agents try to capture him but, after he escapes, kill a great portion of the opera troupe instead. A further attempt to kill their patriotic enemy sees the cost of yet more innocent lives as they try viciously to bring him out of hiding. Knowing that the time to stand up for righteousness is finally here, the ex-Shaolin student organises the remaining opera troupe members into a militia to combat the powerful foes. In a finale filled with glorious fight action, the time for revenge is realised and the battle between good and evil once again takes place.

One complaint that is levelled at Mainland traditional films is their concentration on flowery Wu Shu rather than hard-edged kung-fu action. This is something that ‘The South Shaolin Master’ manages to side-step by simply combining the two; the audience is then treated to acrobatic athleticism and the familiar Hong Kong action that has been seen since the early 70s.

The countless battles are brilliantly performed by the cast and the quality of the choreography is very high indeed. It’s also a joy to see such good use of the impressive vistas of Mainland China and the sizeable supporting cast, both aspects giving the film an epic feel. The storyline and characterisation are also given some room to expand and the result means that the whole film is of definite quality. If you’re looking for a film that has superlative action and you’ve seen the famous classics that have come from Hong Kong, ‘The South Shaolin Master’ is worth searching far and wide for. It’s doubtful that you’ll be disappointed by this minor classic.