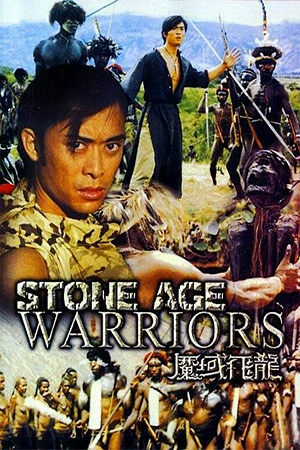 Wealthy businessman Nakumara travels to the jungles of Indonesia in search of adventure and a cache of hidden treasure. The quest proves more than he bargained for when he goes missing midway through the expedition and has to rely on his daughter to come and find him. His daughter (Lui) bands together with the company’s insurance representative (Li Chi) and a quiet, yet very resourceful martial artist (Fan Siu Wong) in her bid to locate the missing persons. As the threesome and the native help move deeper into the jungle, the perils become more and more varied with cannibals and hostile wildlife among them. They also stumble upon the lair of a drug baron and his private army and soon realise that they’ll have to confront them to complete their task. In the fight-filled finale, the adventurers take on their well-armed foes and find out what happened to the businessman.

The best way to describe this picture is as a surreal, yet thoroughly entertaining B-movie with all of the hijinks that most Eastern film fans love. There’s broad and often very funny comedy juxtaposed with fast-paced fight action and stuntwork. This was Stanley Tong’s first film as director and even at this early point it demonstrates that he knows how to design action sequences. Tong makes good use of Fan Siu Wong’s physical abilities; looking at his performance here, it’s a shame that he never realised his true potential. ‘The Stone Age Warriors’ is almost silent in parts which is perhaps a good thing when one looks on this as a live-action comic book. It’s never intended to be taken seriously or to stand up under close scrutiny and therefore Tong just tries to enjoy himself in a very unusual location. The jungle setting is a major strength as is the contrasting talents of the leading three performers; Nina Li Chi stands out as the comic support bewildered by her environment.

If you’re looking for a strong plot or an all-round classic of cinema, this certainly isn’t for you. However, if you just want an inventive and engaging 90 minute action-comedy, you could do worse than this.