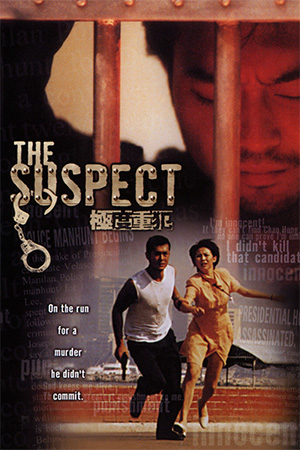 Ringo Lam’s first experience of Hollywood film-making (there are more films to come apparently) proved to be an unpleasant one. With a lack of the artistic freedom he had previously enjoyed, Lam left Hollywood still thinking that there was something to prove and perhaps a standard to be once again reached. His award-winning police thriller ‘Full Alert’ is widely seen as that return to the quality film-making that critics associated with a director of Lam’s undoubted pedigree. It’s important to note though, that a year before ‘Full Alert’ came this strangely underrated action-thriller, a film that is every bit as good, but constantly savaged by local critics.

The stern attributes of actor Louis Koo are given the suitable role of Don – a man who is released from an Asian prison after a 12 year sentence for murder. On leaving, Don is determined to avoid the criminal lifestyle that forced him into his previous heinous crime and try to live a fairly normal life. Normality is certainly not apparent when Don finds a limousine waiting for him on his exit from prison and a luxury suite at one of the city’s best hotels reserved for him. The morning after this peculiar event, Don notices a political rally opposite the hotel that features one of the candidates for the country’s rulership. Then, Don receives a phone call from Max – an old friend who was the only man who visited him during his prison term – telling him to kill the said politician with the rocket-launcher that has been hidden under the bed. Refusing to do this, Don is surprised to then see the rally destroyed by a missile explosion fired from across the road; it seems the dubious mission has been accomplished by someone else. After leaving the hotel, Don finds that he is the number one suspect for the assassination and must now avoid capture by the authorities. This proves to be the least of his worries, however, when Max receives instructions to kill his old friend after the obvious lack of loyalty Don showed. The race is on for the wronged man to clear his name and evade both sides of the law while also attempting to unravel the political intrigue he’s found himself in the middle of.

Critics have pointed out that the film has plot-holes that are very much evident under closer inspection. This may be true to some extent, but ‘The Suspect’ does not suffer from this anymore than other critically appreciated action-thrillers have done. The flow of the film is not unduly affected by the minor plot inconsistencies that are under the surface and the whole film deserves a fairer appraisal than it’s been given. The film is a well-made and intelligent Hong Kong thriller that offers more than just the typical fugitive storyline; the racial/political wranglings of the film add to the qualities inherent within.

Ringo Lam manages to stretch a smaller-budget and create a film that also looks as exotic as is intended. The crowd scenes and large-scale chases are noteworthy examples of this. Lam also makes a good choice by picking the talented Louis Koo for the lead role as his handsome, yet tortured screen style is ideal for the character of Don. Supporting Koo are the Hong Kong’s acting everyman Simon Yam, the equally dependable Ray Liu and popular Hong Kong actress Ada Choi – all round off ‘The Suspect’s strong casting. With a director of Ringo Lam’s calibre at the helm and this cast fleshing out their roles, it’s natural that the tension and excitement levels increase to an impressive degree until the film’s emotional ending.

‘The Suspect’ is a highly recommended return to form for Ringo Lam after his brief stay in Hollywood. For fans of quality thrillers, this is unlikely to disappoint.