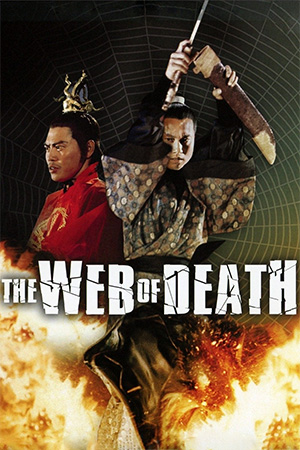 After years of dominance over the martial world due to the dreaded powers of a venom-emitting spider, the Venom Clan are finally subdued and their secret weapon is hidden away. As time passes, the Venoms become a respected group who are keen to shake of the image of the past. Their leader, despite his knowledge as to the whereabouts of their secret weapon, decides that the time has come to ingratiate themselves to the other nearby clans and keeps the spider’s location a strict secret. Unfortunately, there are members of the Venom clan who have set their Machiavellian eyes set on the power of the spider and the influence it could undoubtedly hold within the boxer world. Therefore, the search is on for the legendary weapon with representatives from every clan trying to find it before their rivals. Joining the quest is noted fighter Fei (Hua) whose righteous disposition is famed as much as his exquisite swordplay skills. With the help of a mysterious woman who constantly assists him while hiding her own identity from him, Fei sets out to find the spider and stop it getting the wrong hands – but Scorpion, the ambitious underling of the Venom leader is not far behind.

Chor Yuen – usually with the literary assistance of Gu Long – has been responsible for some ostentatious films that verge on the surreal, but few of them hold a candle to ‘The Web Of Death’. From its opening frames to its insane finale, ‘The Web Of Death’ is the Jade Screen at its most ludicrous and absurd. Thankfully though, while it is certainly a crazy slice of fantasmagoria, it is also a very entertaining and refreshing production. Instead of concentrating on the mind-bending plot-twists and betrayals that often characterise Chor Yuen’s work, ‘The Web Of Death’ is merely interested in excitement and adventure – it mostly succeeds in both areas.

Yueh Hua is always a capable lead, but here he is given a character with more edges than he is usually presented with. Not only does he take part in the action and drama, but also a slight dose of romance and a welcome few moments of humour. Therefore, Fei is a lead who, despite his incredible abilities, has a pleasingly human side to him. Nevertheless, it is Ching Li as the daughter of the Venom clan that steals the film – charming and magnetic, she is a major reason why this storyline is much more believable than it should be. As she demonstrated in ‘Anonymous Heroes’, she is an actress who can be strong when the scene calls for it and feminine at the same time.

‘The Web Of Death’ is also strengthened by the appearance of Yuen Cheung Yan alongside regular choreographer Tang Chia. Yuen adds a bit of variation to the usual superheroics of the characters and doesn’t just rely on hokey special effects. Due to the fresh blood in the choreography department, ‘The Web Of Death’ is a more interesting proposition than some of the swordplay films of the same time – despite the fact that the ending should have been better.

‘The Web Of Death’ would be a four-star film but (and it is a big ‘but’!) for the preposterous sight of seeing the heroes fleeing from a green spider. The final twenty minutes verges on self-parody as the much-heralded spider appears and corners a band of swordsmen who are visibly trembling in fear. I’m not particularly brave when I see a spider myself, but then I’m not the most noted swordsman in the land.  Such a bizarre sight serves a deadly blow to the well-developed tension and drama of the film and loses it half a star. It’s unfortunate that such a laughable flaw should afflict an otherwise enjoyable Shaw Brothers’ flick.