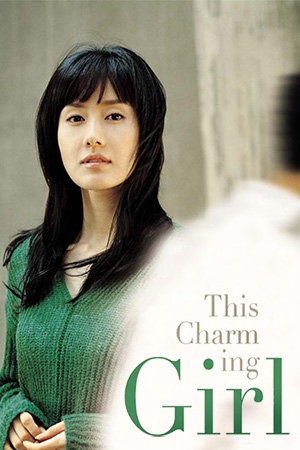 Jeong-hye (Kim Ji-soo) is a young Korean woman whose solitary life revolves around her mundane job at a local post office and a very monotonous home life. This lonely existence is necessitated by her inability to form proper relationships, a sad result of a repressed trauma. Despite this, Jeong-hye seems content to slowly potter around her small flat, socialise with a few work colleagues and humour her aunt when she phones to badger her about her life. A few events conspire to bring back the repressed thoughts that have permanently affected Jeong-hye, foremost among these being a lunch appointment with her ex-husband who reveals that he is getting married to someone else. She also begins to develop a tentative bond with an equally fragile writer who regularly frequents the post office to send away his manuscripts. However, it is only when she can confront what has happened in the past that she can achieve any kind of harmony in her life.

A challenging, difficult drama, ‘This Charming Girl’ is a film that centres on one young woman’s battle against the past. Such a familiar idea may not sound such an off-kilter prospect, but Lee Yoon-Ki’s execution ensures that this is a very pensive viewing experience. Although the said theme may be what underpins this narrative, the director concentrates the camera on his lonely and isolated protagonist with her day-to-day existence. Asian cinema is never afraid to show its characters as detached figures who, while having a need for friendship and companionship, struggle to integrate into society. Such characterisation makes figures like Jeong-hye deeply sympathetic, but never relegates her to just being a pathetic figure in need of our patronisation.

While the incident that scars the eponymous character may not be too difficult to telegraph, it’s gradual exposure due to fractured flashbacks and what is intimated by background figures makes it especially powerful. Such a process also helps us to understand Jeong-hye before all of the past truths are fully revealed, something that enables us to see the troubled life of people who exist in our day-to-day environment. Lee Yoon-ki builds up this heightened realism through focusing on the emptiness of her world and the way it barely touches our own.

As with Ann Hui’s ‘Summer Snow’, ‘This Charming Girl’ has a pragmatic style that favours diagetic music to create its ambience. Even when the soundtrack is external, it is a very subtle arrangement that helps retain the mystique of this very delicate creation.  Such consideration to detail ensures that Lee Yoon-ki’s work rises above the more run-of-the-mill dissections of similar themes; this is not the commercial, Hollywood-ised execution, but an honest and poignant production that has the power to live beyond the constraints of the running time. Occasionally the minimalist style gives way to a touch of self-conscious steadycam work, but this unfortunate trait is mostly avoided and such unnecessary tricks are in the minority. Instead, the majority of the running time is devoted to young woman’s struggle with her inner-demons and loneliness, a story that thrives on a lack of the trappings that afflict higher profile films.

Though the ponderous development of the storyline makes ‘This Charming Girl’ a piece that relies on the patience of the viewer, it is difficult to see how it could be handled any other way. Lee Yoon-ki’s devotion to the routine of his chief protagonist is repetitive and almost wearing at times, but it successfully gives us some idea of the mundanity of Jeong-hye’s life and how there is clearly something under the surface of this interesting character. The fact that we are willing to sit through such scenes and be drawn into the storyline rather than distanced is a credit to the care the director takes and the value of the leading woman. Jeong-hye is superbly played by Kim Ji-soo who allows us into her life and to see that, under the lonely veneer, she has so much to offer someone. Each look that Kim focuses into the middle-distance is filled with so much untapped emotion that it is impossible to take your eyes off the gravitas of the leading lady.

‘This Charming Girl’ is quite unlike any other film that tackles a similar subject. The ‘Charming Girl’ is not an eternal victim and yet her unspoken loneliness is painful to watch. The viewer is tantalised with moments when Jeong-hye seems so close to befriending the nervy writer who enters her workplace, but even here the man behind the lens does not offer easy resolutions. Instead, this is a drama that leaves many questions unanswered and relies on its audience to work for conclusions. It takes the said effort, but ‘This Charming Girl’ is a rewarding insight into tragedy and the gradual attempts to find closure in one’s life.