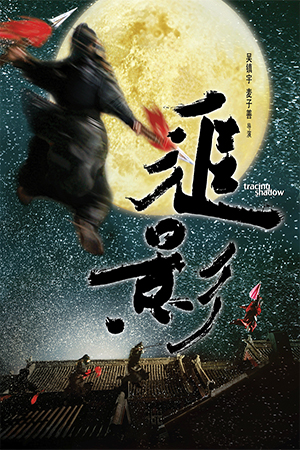 Francis Ng returns as co-director and star with this broad martial arts comedy. The familiar conceit sees Chang (Ng) a Mongolian superfighter caught up in the quest to find a treasure map at the end of the Ming dynasty. Happier as a musician rather than a fighter, the foreigner becomes embroiled only when he saves the beautiful Xin (Pace Wu) from a three-pronged attack from a trio of greedy treasure hunters – in the ensuing melee, the map is lost and each party decides to ignore their obsession and go back to normality. Five years pass and Chang and Xin run a restaurant in the town and the others open their own shops and boutiques in the same area. When rumour of the map begins to resurface, interest is reignited and Xin’s adopted daughter and the street’s landlord Xu (Chan) find themselves at the centre of the action.

The martial arts comedy is a notoriously difficult beast to tame. The very best can harness both parts of the equation, importantly not letting the latter dilute the former. The very worst though become like awkward pantomimes requiring the viewer to sit through endless moments of hopelessly forced ‘comedy’ and still expect them to care when the fight action finally occurs. If in doubt, the dreck of the genre usually rely on an avalanche of pop cultural references that therefore age the film almost immediately and make a mockery of any genuine narrative interest. ‘Tracing Shadow’ – though by no means as bad as that tirade – does fall foul of the flaws of the weaker films rather than embrace the qualities of the greats.

Starting with some nifty wirework and a solid showdown in an abandoned temple, ‘Tracing Shadow’ soon takes the easier route and descends into very parochial comedy. Whatever wit is initially evident is sacrificed in favour of broad mugging to the camera and knowing nods to modern celebrities like Andy Lau and Jackie Chan. That clearly recalls the new-wave kung-fu comedies of the 90s which bewitched local audiences, but left those not versed in Cantonese completely baffled and eventually bored.

‘Tracing Shadow’ is watchable though increasingly less so as the plot gets mired in Cantocomedy – note that if you are a fluent speaker there may be much in my review to ignore. Most of us could probably watch Francis Ng having his sinuses drained, so fascinating a screen presence he is, and he adds a layer of interest throughout. As co-director his efforts are somewhat pedestrian though and this becomes another in a long line of the sub-genre that staggers to its conclusion rather than leaving the viewer excited or amused.