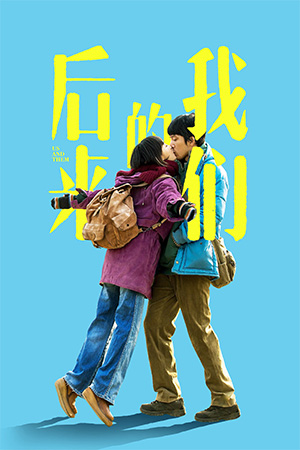 Rene Liu hits the ground running with her directorial debut, ‘Us and Them’, a film that has not only become something of a critical darling, but has also proved to be one of China’s biggest hits this year.

Businessman Lin Jianqing takes a flight back to Beijing to be with his family for the New Year festivities, but when the plane is re-routed due to weather conditions he is forced to spend time in the middle of nowhere. On the same flight is Xiaoxiao, a former best friend who is also travelling home for the holiday and is thrown together with Lin after years apart. As the reminisce about their first meeting as students and all of the New Years they shared together, both parties realise that their feelings for each other are merely dormant despite both of their circumstances being very different now.

Rene Liu has crafted a tender drama that offers few surprises yet is shot with real skill. The fledgling director makes great use of Chinese locations and brings a realistic, fascinating into the film as a character in itself. Too often modern Chinese dramas only show the glitzy, showy face of cities like Shanghai and Beijing and in so doing lose some of the overall charm from the finished product. ‘Us And Them’ has a hearty respect for ice cold, sparse locations and without the distraction of the sparkle around them, the two main characters really come alive.

There are times when both characters cross the line from well-drawn to slightly infuriating. It’s a problem any film has to negotiate if it wants the viewers to invest in the story. For the vast majority of the time, Jing Boran and Zhou Dongyu are an appealing couple and their story is by turns funny and poignant. It’s only near the end that both of the performers characters become a tad too self-indulgent in a way that arthouse cinema somehow always demands.

With a touch of ‘Comrades: Almost a Love Story’ but invested with her own confident style, Rene Liu brings an accomplished feature to the screen. The pacing is just right, the locations are skilfully used and Liu has taken a deceptively simple story and given it layers of interest beneath. It’s not without its faults, but ‘Us And Them’ is still an especially strong debut for Liu behind the camera.