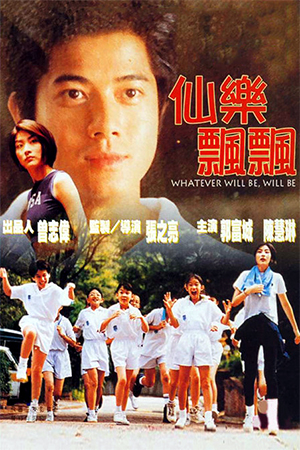 Perhaps I’m getting soft in my old age or maybe I’ve always had a forgiving streak in me for such films. Either way, I found myself strangely drawn to this ‘show must go on’ drama despite its obvious emotional manipulations. Perhaps I was in the mood for such a production or maybe, just maybe, it is actually a well made film with modest, but achievable ambitions.

Lee (Chen) manages to get a prestigious job at a strict boarding school teaching performing arts, but finds that the authorities are keeping a close eye on her work with the pupils. Lee is faced with the usual assortment of troubled and misunderstood children and is given the onerous task of preparing them for a school choir competition. Taking these raw materials and turning them into a successful choir proves to be a challenging task though Lee finds the physical education teacher (Kwok) is more than willing to lend assistance. While the choir gradually takes shape, the young teacher is also given the opportunity to appear in a new musical that will catapult her to stardom. Lee now has to choose between her dream to become a dancer and the responsibility she feels towards the children.

The idea of the inspirational teacher guiding a class of misfits has passed into the realms of cliché. Hollywood has used it for decades and even the new hit French film ‘Les Choristes’ has taken the same elements and blended them together in a very slightly different way. Using a storyline that almost creates a groan of contempt when the premise is read needs a director and cast to elevate it above expectations. Thankfully, Jacob Cheung is a film-maker who is polished enough to fit the bill and therefore take a tired idea and inject some life into it. As Cheung has shown in his varied career, a well developed set of appealing characters can cover over a multitude of narrative sins and obvious emotional flirtations.

Jacob Cheung’s ‘The Kid’ is an example of how well the director side-steps saccharine-drenched histrionics in a bid to put some genuine pathos into the storyline. While ‘Whatever Will Be, Will Be’ is not a superlative example of the technique – certainly far less assured than ‘The Kid’ – it is at least able to entertain throughout its duration. Such sub-plots as the bullied young girl Jojo’s entry into the choir is a perfect summary of how the film succeeds; with a pair of ludicrous plastic ears taped to her head to elicit sympathy, Jojo enters the film as an obvious plot device, but the skill of the actress playing her means that I actually did feel saddened by her plight. Kelly Chen and Aaron Kwok are also endearing enough in their respective roles to make their friendship a necessary cog in the films workings. Though neither Chen or Kwok have the range to always convince in more complicated parts, here both of them are adept at working with the young cast.

‘Whatever Will Be, Will Be’ is an unusual film to recommend as it is so anchored to convention that it initially seems to have little to differentiate it from the many other similarly themed films. Jacob Cheung, though, is the kind of director who can turn such unpromising material into something slightly more palatable and ‘Whatever Will Be, Will Be’ benefits from his attention. Add to Cheung’s craft a cast who perform well enough to help even the hard-hearted forgive the blatant stereotypes used and this becomes a more intriguing proposition.