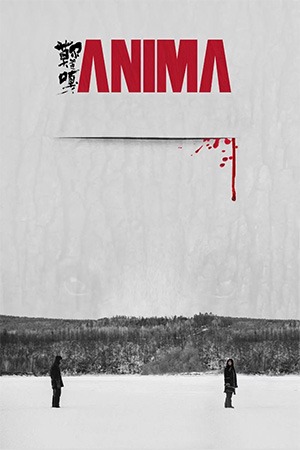 Two brothers from the isolated Lonki tribe, Tutu and Linzi, grow up together in the shadow of the great enveloping forests of China. Despite saving his young brother’s life when they were children, Tutu’s filial relationship is fractured and Linzi barely speaks as the two struggle to make ends meet as adults. While the brothers work as lumberjacks, their upbringing means that Linzi especially struggles with the idea of cutting down the majestic trees around them. This brings him into further conflict with Tutu who has tried to turn his back on tradition. The divide is further widened when a young widow begins to work at the lumber camp as a cook and, though Tutu is immediately interested in her, she only has affection for the younger, more introspective brother.

A visually splendid hybrid of family drama, survival story and environmental clarion call, ‘Anima’ is a haunting feature that certainly leaves an impression. The exquisite photography highlights the beauty and sheer scale of the environment around the characters and director Cao Junling continually emphasises the relative insignificance of humans compared to their setting. Alongside this, Cao is keen to point out the disproportionate amount of damage that these seemingly tiny creatures can inflict on the world around them. The film is infused with a feeling of awe towards nature and it is hard not only to get caught up in the feeling, but also feel the frustration at the actions of venal plunderers.

Although there is a strong environmental message within ‘Anima’, this is only part of the film’s intentions and the fact that the theme doesn’t deluge the other elements of the film shows the skill of the makers. It means that the slow moving drama between the brothers is engaging enough to not just be a side point in a polemic. There are many things left unsaid within the story and this does require a patient viewer as Cao never makes things easy for us.

The fact that ‘Anima’ moves at a very deliberate pace that refuses to be nudged forward by convention means that it requires investment in its running time. It certainly takes a while to get a firm footing in the story; this tendency to keep the audience distant and slightly alienated from events can be counter-productive. Nevertheless, the sheer effort of producing a film in these conditions is not to be ignored and the resulting work gives food for thought, fuel for the intellect and, perhaps most of all, a treat for the eyes.

Our thanks to Fortissimo Films, the sales agent for ‘Anima’.