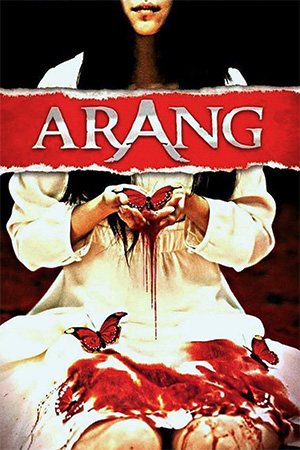 Freshly reinstated to active duty, after a brief suspension borne out of an assault on a rape suspect, homicide detective Min So-Young (Song Yoon-Ah) walks back from her hiatus onto one of the more bizarre cases of her career. A 29-year-old male, Song Jung-Ho, is found torched in his apartment; initially what appears to be a cut and dried accident turns sinister when it’s discovered that he died of suffocation long before his body was burned. Partnered up with a new divisional recruit, Lee Hyun-Gi (Lee Dong-Wook), recently transferred from Forensics, So-Young begins sifting through the clues when another murder occurs.

At first seemingly unrelated, heart-attack victim Ahn Ji-Cheol proves connected to the first mysterious death when a photograph of he and three friends, inclusive of Jung-Ho, is found in his apartment. The fact that Jung-Ho was recently released from prison after serving his time on a manslaughter charge, as well as an email message found on both victims’ computers, quickly ties the two deaths together and points towards more to come. Unbeknownst to So-Young and Hyun-Gi, as well as the investigating team on the case, both men experienced terrifying visions of a female phantom prior to their untimely deaths. Meeting with the third party in the photograph, Jeong Jae-Hyeok, the detectives’ link events back to the manslaughter that occurred in coastal town, Salt Village, which bonds the four friends together.

Meanwhile, the coroner finds traces of poison in the bodies of both men but is left at a loss to explain exactly how the victims were contaminated from the inside out. When Jae-Hyeok suffers the same fate as his former friends, the investigation turns to fourth party and psychologist Kim Dong-Min (Lee Jong-Soo), who is quick to go to ground when questions relating to the incident of ten years past begin to arise. Is Dong-Min part of some elaborate extortion and murder plot involving the deceased, or is there a deadlier ghost from the past reaching out for grisly revenge?

Marking director Ahn Sang-Hoon’s (b. 1976) debut feature, ‘Arang’ (2006) lifts its ideology from centuries old Korean folklore, but in turn paraphrases many of its cinematic themes and set pieces from resurgent contemporary Asiatic horror cinema originating from Japan, Hong Kong and South Korea itself. Though Ahn divests himself from many of his peers by turning the narrative around and focusing it on the central characters, as well as clearing the way to apply logic to what initially appears fantastic, inevitably the plot falls back on its ‘Ring’-inspired theatrics to sell its story. It has almost become cliché that every new Asian horror title contains some of Sadako’s (the antagonist from Hideo Nakata’s feature film adaptation of Koji Suzuki’s massively influential* horror novel, ‘Ring’) black blood pumping through its heart or, in the very least, infecting its veins. While it’s easy to be dismissive of Ahn’s feature debut on that level alone, the director and producers must be commended on another level for daring to attempt something of a departure from the (now over-familiar) formula. The horror sequences are mandatory to the plot, but they have been stripped back and diffused of much of their sting, in favour of concentrating on the police procedural aspect and mystery behind the four friends’ criminal bond. Dramatically this makes ‘Arang’ a closer cousin to crime-thrillers like Im Gyeong-Su’s ‘Bystanders’ (2005) and Jo Ui-Seok’s ‘Missing Girl’ (2006) than a true competitor to genre fare such as Kim Tae-Gyeong’s ‘Ghost’ (2004).

Leading the film is actress Song Yoon-Ah, as detective Min So-Young, and her character is far removed from her television work in series like Hotelier, Hong Kong Express and My Old Sister, but perhaps not that far removed from her previous big-screen genre entry ‘Face’ (2004), a film that ironically also focused on combining an unearthly revenge motif against a police procedural backdrop. However, while Song does engineer an impressive performance and plays against type in a “tomboy-ish” role, her character reminds one more of Yeom Jeong-Ah’s detective in ‘H’ (2002) than the gutsier, and more emotionally connective, star turn by Shin Eun-Gyeong in the previously mentioned ‘Bystanders’. The sub-plot pertaining to her own back-history seems almost perfunctory to the story, created to add tension but quickly lost in the main narrative before the filmmakers realise that they have left the abandoned strand unresolved and use it as an epilogue sting-in-the-tail. Making his big screen debut alongside Song is Hanoi Bride TV star Lee Dong-Wook, as Lee Hyun-Gi, a character so obviously telegraphed as a cipher that will play a key role in the final act’s twist that the screenwriters may as well have introduced him wearing a hat with the words “key suspect” emblazoned across it. Lee does well with what is essentially a thankless role, but such a thing is to be expected when his character and its surrounds are so poorly integrated as to disguise that they are key to a climactic revelation. So many hints are dropped along the way that it becomes glaringly apparent that the young ex-forensics officer must play some part in the disappearance of the frequently mentioned Kim Min-Jung (Chu So-Young).

But can one really be too harsh on a director and production team that set out to even attempt something slightly removed from formula by shifting ‘Arang’s focus away from overused horror thematics? While frequent images of lively, disembodied black hair, pallid ghostly faces weeping blood, and phantom shadows zipping forebodingly across the foreground while characters converse in the middle-ground becomes more than a little grating after the third or fourth occurrence, there are still aspects of the production that give rise to its modest recommendation. A minimalist, understated score by Jeong Dong-In proves a unique decision, and Jeong Kwang-Seok’s sweeping cinematography creates an expansive-looking, sometimes sumptuous, aesthetic to the proceedings, especially when it comes to tracking around Salt Village itself, the abandoned salt storehouse central to the mystery, or the quiet beauty of the seaside locations. The inversion of the story’s horror aspects to mere mise-en-scene, though, are perhaps what sets apart ‘Arang’ from many of its peers, as the mystery and characters become focal to the viewer. Assuredly, clichés and conventions of the genre abound, but once they are given over to examination and explanation Ahn’s overall tone settles on a measured form of realism, and for that alone the film deserves at least a cursory look.