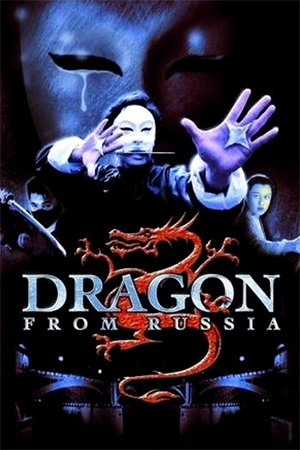 Yao Long (Sam Hui) and May Yip (Maggie Cheung) are Manchurian orphans who have relocated to Russia.  As they grow up together, they begin to fall in love and promise each other that they will never part.  Youthful promises are often hard to keep though, and when Yao witnesses a murder he is abducted by a mysterious group of assassins called the 800 Dragons.   They employ blood draining techniques to force him to lose his memory before training him in ninjitsu and martial arts to make him into a highly skilled killer.

Forced to become an assassin, Yao is sent on several highly secretive missions. On one such outing, his face is seen by none other than May so he is ordered to kill the remaining witness.  However, seeing the familiar face triggers Yao’s memories and when he fails to kill May the 800 Dragons put out on a contract on his life.  Now, Yao must use the skills taught to him by the organisation to fight to become a truly free man.

Of all the cinematic interpretations of the manga ‘Crying Freeman’, ‘Dragon from Russia’ remains one of the most convoluted.  Despite obvious similarities with its source, the plot of the film is extremely disjointed and it jumps around so much that it is often difficult to follow.  This confused approach isn’t aided by the distracting injections of comedy, which not only feel totally out of place but are also generally unfunny.  Luckily though, there are signs of improvement once the second half of the film approaches, mainly because the plot takes a back seat and the impressive action takes over.

Sam Hui as Freeman is also an odd choice to say the least, especially when you consider how predominantly comedic his background is. What’s even stranger though, is the fact that he chooses to play the character as if he is impersonating Bruce Lee.  He utilises several very familiar stances and battle cries that are synonymous with Lee, which really add nothing to his performance and only further the film’s overall confusion.  Meanwhile, Maggie Cheung is criminally under-used as the stereotypical damsel in distress as all she really has to do is constantly scream out the name of the hero and get herself into sticky situations.

The real talking point however, remains the action and this allows you to overlook some of the film’s less appealing elements.  The fight choreography from Yuen Tak is nothing short of superb and the film is littered with everything from acrobatics to impressive kicking combinations to dazzling weapon work.  Some of the most memorable highlights include a blindfolded nunchaku battle, torch-lit pole fighting and an excellent church shoot out where Freeman leaps around all corners of the building.  Not only well choreographed but highly original as well!

‘Dragon from Russia’ is best described as a group of excellent fight sequences strung together by a rather muddled plot and some curious casting.  Perhaps if it had stuck to the original story more closely it could have risen to greatness, but as it stands it remains a relatively average affair.