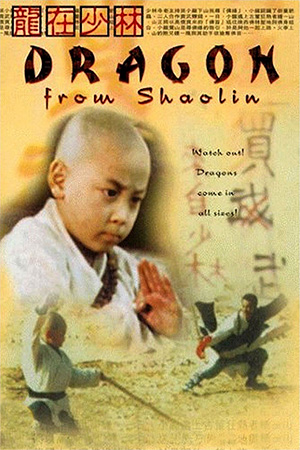 Yuen Biao is one of the legends of Hong Kong cinema starring in numerous classics such as ‘Project A’, ‘Dreadnaught’, ‘Knockabout’ and ‘Kid From Tibet’. However, I’m sorry to say that ‘Dragon From Shaolin’ is a truly dreadful effort.

On paper, this looked a winner: Yuen Biao in an Indiana Jones role fighting an assortment of villains in search of an ancient relic. On celluloid though, this is a grand turkey. The real ‘stars’ of the film are two young stars following in the footsteps of the ‘Shaolin Popey’ films and what a mess they make! The action is pitiful and in short supply; it’s a major injustice that Yuen Biao could be so underused. Thankfully Biao is starring in high profile pictures now (‘A Man Called Hero’) and probably won’t want to be reminded of this. Avoid!