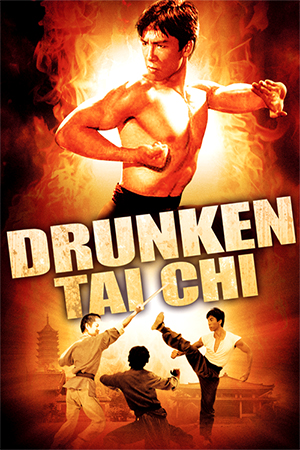 In this excellent debut film, Donnie Yen shows the skills that would later make him a star. He plays the well-educated son of an unpleasant, miserly salt baron who pours attention on Yen and ignores his hardworking son (Yuen Yat-Chor). Yen is a constant thorn in the side for a local bully and one night, the two brothers are ambushed by the bully and his cohorts. However, in a scintillating display, the brothers conquer the bully, but inadvertently turn him into a gibbering wreck. His nobleman father decides to hire a powerful, yet mute hitman who finds one of the brothers and kills him and his father. Yen manages to avoid the killer, but is now homeless and wanders the streets in search of a new home. When Yen ‘helps’ a puppeteer (Yuen Cheung-Yan), but ruins his puppet booth, Yen is marched back to the old man’s home and told to work to pay-off the cost of the damage. After time, Yen befriends the puppeteer and his rotund wife and informing them of his traumatic past. When the killer severely beats Yen, his new family encourage him to learn Tai-Chi in order to counter the villain’s hard style. With intensive Tai-Chi training complete, Yen faces the powerful assassin.

Yuen Woo Ping weaves more choreographed magic into the narrative and allows the entire cast to show what they can do. As is usually the case with Yuen’s films, action and comedy are well blended with Donnie Yen showing a surprising aptitude for the latter. Even though Yen has gone on to make a number of films, this remains one of his best and is a reminder, after his disappointing recent efforts, of what he can do.