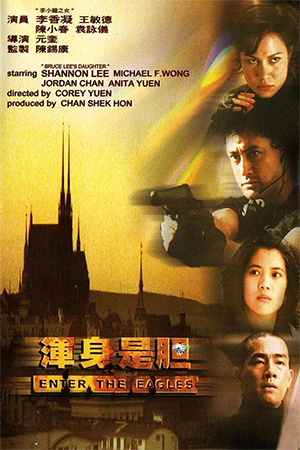 This film caused a little controversy amongst some Hong Kong critics on its initial release a few years back as people felt (rightly or wrongly) that Shannon was only there as a result of her father’s legacy and that she was not a real Kung-fu player. In my opinion, their views were a little hypocritical as previous battling babes Michelle Yeoh and Cynthia Khan had no formal training either and were only picked for their looks, yet look fantastic when choreographed properly. Shannon gave me a real shock when I saw her first fight sequence in this film, as she too looked amazing! There were few instances of doubling and she really moved and hit like it wasn’t her first HK movie.

The film itself is no great shakes, especially as it is mostly in English and suffers from the same laughable school of acting as the similarly shot ‘Who Am I?’ with the Western actors just as toe-curlingly bad! However, it is certainly action packed, with some quality martial arts, gunfights and explosions to keep the action-lovers happy. It is also good to see Benny Urquidez in another HK flick, and he can still pack a mean punch, seemingly having aged almost as well as his most famous opponent Jackie. I for one would like to see him in more films.

In essence, this is an excellent action flick in the vein of Yuen Kwai’s 80’s actioners such as ‘Yes, Madam’ and ‘Righting Wrongs’ and is certainly a class above more recent efforts from the HK action circuit. I would give it 5 stars but for those annoying conversations where one person speaks Chinese and the other responds in English!