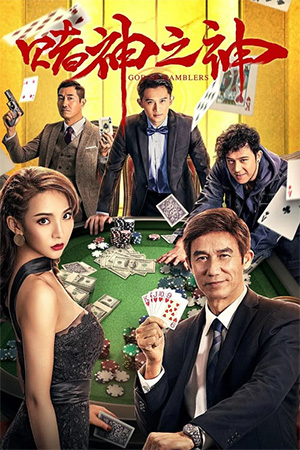 With the ‘From Vegas To Macau’ series bringing the gambling film back into fashion (not that it ever really went away), it’s only natural that someone would try and do a ‘God of Gamblers’ for the modern age. Whether fans of the original or even its many imitators will admit this low budget entry into the canon remains to be seen though.

When young fisherman Xu saves a mysterious figure from dying, little does he realise the profound effect the action will have on the rest of his life. The severely injured man – who is nursed back to health by Xu and his brother – is none other than Shen, ‘God of Gamblers’. When Shen recovers, he promises to turn Xu into his prodigy though the young man refuses to be involved in gambling. Yet when the opportunity comes to right a few wrongs and bring down an international gambling syndicate, Xu steps up to the challenge.

Much like a television movie version of ‘God of Gamblers’, but stripped of many of the elements that made the original work, this 2020 unofficial update is low budget and low entertainment value. Not that the production values needs to have a bearing on things; the original was modestly budgeted while the increasingly banal ‘From Vegas To Macau’ films clearly have cash thrown at them. Yet when a modest outlay is further hamstrung by poor writing and an uninteresting story, the whole thing becomes something of a chore.

Despite running at just over an hour, ‘God of Gamblers’ manages, quite remarkably, to drag. Much of this is that there is nothing to create tension or involve us in Xu’s quest. Then there’s moments of over-ripe emotion that happen seconds after broad comedy, Waise Lee in a fairly appalling wig and numerous scenes that seem to have been butchered by a over-zealous editor. It is moderately distracting at times, but quite a slog for the majority of its duration.