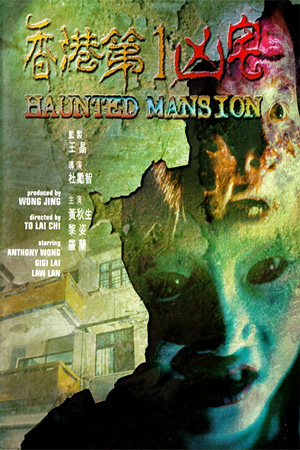 On the eve of their long-planned Japanese vacation, Chi (Gigi Lai) and Fai (Anthony Wong) receive a call from Chi’s sister, Fen (Shirley Cheung) that instantly cancels their holiday. Unscrupulous property developers have been attempting to force Fen and her Parkinson’s affected mother (Helena Law) out of the family’s Yuen Long home, but their actions have resulted in the inexplicable death of one of their own. When Chi and Fai arrive, they discover more fiercely malevolent forces at work that just a simple pushy estate agent and his cheaply hired goons. As their spirit-medium matriarch reveals, the house itself is built on a Hell Gate and in turn a direct conduit to the underworld.

With her vacation stalled Chi returns to work while police officer Fai finds himself surrogate groundskeeper of the Yuen Long mansion as a means of quelling any further disturbances. The following evening, during a sweep of the area, Fai falls afoul of lingering spirits; his soul trapped in a cyclic game of ghostly mah-jong and his body possessed. Sister-in-law Fen is quick to follow once a fellow phantom invades her body. As her family members fall victim to spiritual possession, and her long-term stomach cramps worsen, Chi turns to her superior Uncle Ming (Spencer Lam) for help only to find a deep, dark, personal secret the catalyst for the haunting.

During the last few years of the nineties, much of fears and concerns that had plagued the local film industry prior to the transfer of sovereignty back to China during 1997’s Handover ceremony were allayed once Hong Kong was handed the title of Special Administrative Region and the region was permitted to continue business “as was” for another fifty years (expiring in 2046). By that stage several the industry’s notaries (such as John Woo, Chow Yun Fat and Ringo Lam) had migrated abroad to try their hand in Hollywood whilst the dedicated remainder contingent stayed on and continued forging the domestic film industry forward into the New Millennium. Arguably, 1997 through the early ‘00s produced some memorable cinema as the changing marketplace forced filmmakers to re-establish their footing, but on the other hand it was also a time where audiences were flooded with some of the most diabolical low budget fare seen in decades. Logically, prolific screenwriter/producer/director triumvirate Wong Jing (‘God of Gamblers’, 1989) factored into that equation just as much as any during the closure of the decade.

With industry veterans Wellson Chin (‘Thou Shalt Not Swear’, 1993) and screenwriter Abe Kwong (‘Third Full Moon’, 1994) proving there was still life in the domestic horror genre, as well as Nam Yin and Herman Yau keeping the omnibus format alive with the initial entries in the ‘Troublesome Night’ series, Wong himself invested in numerous horror ventures throughout much of the nineties. Dickson To’s (screenwriter on Lau Kar Wing’s ‘New Kids in Town’, 1990) ‘Haunted Mansion’ (1998) was just one of many genre outings, produced on a shoestring, under the Wong Jing banner. Whilst not without some near-peripheral flourishes of merit, To’s film is perhaps no more (or less) notable than many other similar productions of the era. The tiny cast, almost exclusively comprised of Anthony Wong (‘The Untold Story’, 1993), Gigi Lai (‘Young & Dangerous’, 1996), Helena Law (‘July 13th’, 1996) and Spencer Lam (1934 -2009) (‘The Conman’, 1998) are essentially doing little more than slumming for a pay cheque and To’s derivative screenplay never really calls on them to flex their acting muscle as seen in any of their more high-profile works. Indeed, as the matriarch beset with Parkinson’s disease Law has little more direction than staring vacantly and occasionally dribbling spittle (which is less than dignifying for an actress that had been a mainstay of Hong Kong cinema since the sixties). Shirley Cheung (‘Those Were the Days’, 1996) and real-life Feng Shui master James Lee also pop up briefly.

Competently photographed by Pang Chun Wai (‘Die Harder’, 1995) and rudimentarily scored in formulaic fashion by Francis Wai (‘To Love Ferrari’, 1994), ‘Haunted Mansion’ at the very least fulfils the fundamental expectations of the genre. But effectively, beyond the predominantly blue-filtered colour scheme, some skewed camera angles, a couple of scary faces and one genuinely unexpected though decent scare, To’s film fails to elevate itself much above the programme-filler that it is. To telegraphs his twist-ending way too far in advance for any element of mystery to be generated around it and, in what appears a concession to his producer, throws in a totally gratuitous phantom-rape sequence that serves no other purpose than to add a prurient element to proceedings. Admittedly there are some nifty ideas, such as the ghostly mah-jong game and a telephone line with a direct connection to Hell, along with handful of effective moments, but nothing that really makes ‘Haunted Mansion’ stand out amongst the sea of mediocrity that surrounded its release period. Definitely one only for the diehard horror fans, albeit those with low expectations and a good deal of patience.