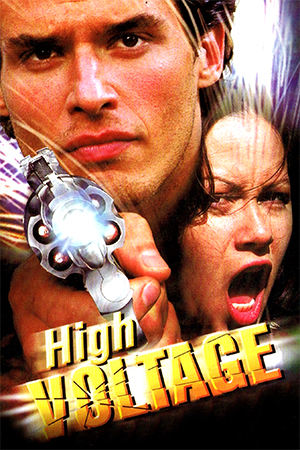 Yet again I decided to put myself through the pain of an Isaac Florentine directed American action film, seemingly blinded by the other “talents” on offer! In this case it was the presence of Shannon Lee (daughter of Bruce & star of ‘Enter the Eagles’) in front of the camera and Koichi Sakamoto (‘Drive’, ‘Wicked Game’) behind it, co-ordinating the action.

I think there was a plot here somewhere. It might have had something to do with a bank robbery gone wrong causing some friends to go on the run. On the other hand, there may not have been one at all, and the clichéd, semi-pointless dialogue mixed with insubstantial, stereotypical characters were purely an excuse for action scene set-ups. Either way, I was only interested in seeing this film for the action, and yet again, I was disappointed.

With Koichi Sakamoto being as talented a choreographer as he is, which has been proven in projects where he has more control, I wish he would put his foot down with people like Florentine (whom he also worked with on ‘Savate’) and give us something interesting. Instead, we get the same old low tempo moves with the odd flashy kick and fall. I have seen worse American action films (not hard) but this is so generic it becomes a total waste of time. To its credit, there is as much gunplay as legwork, and much of it is fairly well executed. Nevertheless it is still a poor man’s John Woo style and nothing to get excited about.

All in all, this had potential, but failed to capitalise on it. I cannot understand how people like Florentine are hired as directors so often when their storytelling and characterisation are as poor as their ability to shoot a fight scene. Another one to add to the dust gathering pile of DVD’s – and recommended only for Koichi or Shannon completists. Thankfully, it was very cheap!