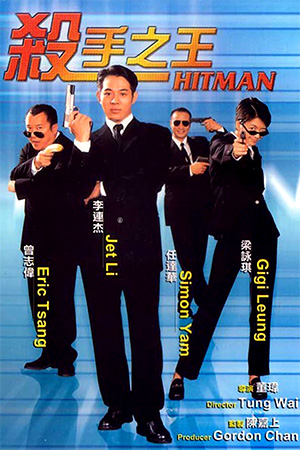 It would appear from watching a number of Jet Li films that he has distinctly less presence when carrying modern day actioners like this rather than period kung fu dramas such as ‘Fist of Legend’ or ‘Once Upon a Time in China’.

Even though this movie is well directed showing good manipulation of the camera and scene settings, while displaying a supporting cast of Hong Kong’s finest, one is not compelled to watch this movie more than a couple of times and is therefore only worth renting but not buying. Also, without a Yuen Kwai or Yuen Woo Ping to design the action it all seems a little lacking in what should be the most important area of the film. However, the movie has its moments, notably a short and well crafted fight between Tai Feng (Jet Li) and a lanky American halfway through the film and a powerful final reel showcasing guns, swords, fists, feet and plenty of broken glass.

As always, Eric Tsang is a joy to watch displaying some fine acting in one of his more serious roles, but in all I would have expected more from the production team that brought us ‘Black Mask’. The problem may be that in a film like this, Jet lacks the screen presence to hold our attention and ultimately makes the long wait between the action set pieces just too long.