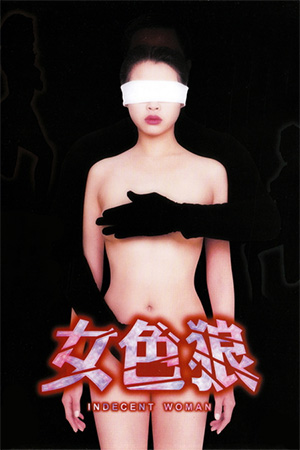 Four successful graduates commence their induction into the prestigious Homicide Unit of a provincial Hong Kong police station under the charge of robust Inspector Li (Lee Siu-Kei). Their first assignment is to act as observers during a murder interrogation that has, pending final interview, come to closure through Li’s thorough legwork. Ushered into the interview room, the prime suspect is brought in for questioning. Shockingly, she is a petite, diminutive, and strikingly attractive young woman, who appears uncommonly cool and calm considering her circumstances, and hardly projects the impression of a homicidal killer. As Li commences his questioning, the woman, Irene Yeung (Yeung Fan), begins to unlock the course of events that has ultimately brought her into legal custody.

Trapped within a loveless marriage to corrupt businessman Cho (Charlie Cho), Irene is the victim of his lecherous ways, silently enduring his adultery and cruel chauvinism. The mismatched couple rent part of their home to swimming instructor Chun (Oscar Lam), for whom Irene harbours an unspoken longing. Life soon runs brutally off the rails for the young Irene when, during an informal business dinner at their house with Cho’s employer, Man Si, he drugs her and allows his superior to rape her. Immediately thereafter, Irene’s fragile psyche begins to crack, consuming her with the desire for revenge. With inhuman drive, she poisons her husband, swiftly disposing of his body with a chainsaw, in turn feeding his remains to the gloating Man Si with a calculated, and gruesomely vengeful, second dinner engagement.

With both men eliminated from her life, Irene quickly turns her attentions to Cho’s former mistress, Ping, and then local postal worker-cum-peeping tom Fook (Elvis Tsui). Her mind a shattered mess, revenge driven murder-lust evolves into deeper, more basic primal lust, and Irene finds herself fixated on her tenant, Chun. In her mind, he is the perfect solution to an existence she has severed in bloody fashion, yet only one thing stands between her and the fulfilment of her twisted dreams…Chun’s doting fiancée Ling (Dung Yi).

Lee Siu-Kei’s ‘Indecent Woman’ harkens back to early nineties B-grade fare such as Cha Chuen-Yee’s ‘Legal Innocence’ (1993) (itself a cut-price interpretation of the same criminal case that formed the basis of Clarence Fok’s superior ‘Remains Of A Woman’ of the same year) and Lin Chi-Fan’s ‘Malevolent Mate’ (1993), that lifted their central premise from newspaper headlines and wallowed in the gory machinations of the crimes themselves. Yet, like many of its predecessors, ‘Indecent Woman’ attempts to have it both ways by augmenting its grisly police procedural aspect with a generous helping of soft-core eroticism as a means of bumping up its commercial viability. Of course, in an offering as unashamedly exploitative as this, the arc of the plot dictates that bloodthirsty murder shares joint-billing with abundant nudity, steamy sex scenes, and a smattering of sexual obsession as well as de-rigueur sexual perversion. Thankfully, director Lee chooses not to play his scenarios as coyly as some of his peers at the latter end of the decade, resulting in a moderately engaging sexual thriller that scarcely affords itself time to outstay its welcome.

The film itself is squarely the property of its central performance by young Taiwanese actress Yeung Fan who, whilst clearly grappling uncomfortably on occasions with a character who is well beyond her limited range, is unabashed enough to divert attention from her shortcomings thanks largely to her willingness to engage the numerous nude scenes her role calls for. In her only lead role to date, Yeung is both pleasing on the eye and enjoyably hammy (when called upon to play out the prerequisite mental disintegration histrionics) to keep audience attention on her character, however there are moments where it is not hard to understand why previously she had been relegated to supporting parts in films like ‘Raped By An Angel 2: The Uniform Fan’ (1998), ‘A Chinese Torture Chamber Story II’ (1998) and ‘Raped By An Angel 4: The Rapist’s Union’ (1999). Though she is an actress obviously unafraid of baring all when required this boldness is only minor compensation when reflected against her already noted limitations as an actress. However, that said, she fares no worse than any of her peers within the Hong Kong adult industry and accordingly exhibits a natural beauty that makes her presence agreeable enough, in context, to make allowances for her shortfalls.

Perhaps most surprisingly of all, the entire production unfolds with relatively little of the usual slapstick and sniggering sexual innuendo that is incredibly common in Hong Kong adult productions, instead opting for a tone of mock-seriousness as well as a sly undercurrent of underplayed black humour (which only slips into farcical territory with Yeung’s closing lines before the fade-out at the finale). Director Lee has obviously spent enough time in the film industry to gain the nous to put together a moderately impressive low budget exploitation piece, keeping the overall pace relatively tight while remaining focused enough to deliver the necessary titillation such a project requires without bogging down the narrative with extended sexual liaisons that would otherwise grind lesser films to a virtual halt.

‘Indecent Woman’ is most certainly not a ground-breaking film, nor does it have anything new to convey, but in an industry that has become all too self-censorious with view to its Mainland Chinese market it is a welcome whiff of heavily perfumed, nostalgia-invoking sleaze. To its added favour, it is also remarkably well shot by cinematographer Tsang Chun-Chung who gives the film a glossy, colourful style that belies its thread-bare budget. Evaluating adult cinema against the mainstream is realistically a futile exercise, as the two co-exist in harmony, yet seldom cross their respective boundaries; each engenders its own dynamics and operates under its own set of rules and target audiences. Accordingly, Lee’s film succeeds in its own idiom; it offers an attractive leading lady in constant states of undress, some teasing titillation amidst its soft-core sex scenes, and a lean back-story just engaging enough to maintain viewer interest throughout its brief running time. No Category III classic assuredly, but certainly a pleasantly sexy diversion that makes for pain-free viewing.