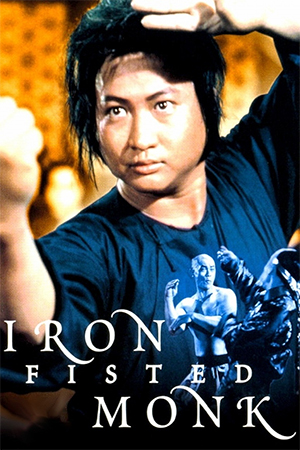 Sammo Hung’s directorial debut, and an almost forgotten classic has been brought back to life thanks to the team at Hong Kong Legends. In an age old training for revenge storyline, Sammo has managed to create a visual spectacle that remains fresh to this day, and features some sublime choreography to rival that of better known classics like ‘Drunken Master’ or ‘Magnificent Butcher’.

Chan Sing is the titular monk, while Sammo is a former street seller who goes into training at a Shaolin temple in order to seek revenge against the Manchus who killed his uncle. He inadvertently gets mixed up with a man whose sister was raped and killed by Manchus and the hunter then becomes the hunted. There is nothing truly original about the story, especially since it was done to death since the film was first screened, but Hung manages to provoke emotions normally neglected by Kung-fu filmmakers who care only for the fight scenes. Visually stunning at times, and always emotionally charged meaning the audience is never just waiting for the next fight, instead sympathising with the characters and genuinely interested in the plot’s next twist.

Needless to say that for his debut, Sammo wanted to provide some stunning fight sequences, and IFM does not disappoint. He clearly listened to Bruce Lee’s words during his short time on the set of ‘Enter the Dragon’ as he too opens the film with a bang. A short bout against fan favourite Casanova Wong featuring some intricate choreography and accomplished camera-work tell us that this is no ordinary chop socky and sets the pace for the film to follow. The finale is a joy to behold as everything from the music to the lighting add depth to an excellent, protracted martial arts encounter similar to the finale of ‘Warriors Two’.

Any Sammo Hung fan would love this film, as would anyone who enjoys old-school martial arts flicks, and with such an excellent DVD on the market, there is no excuse to not see it!