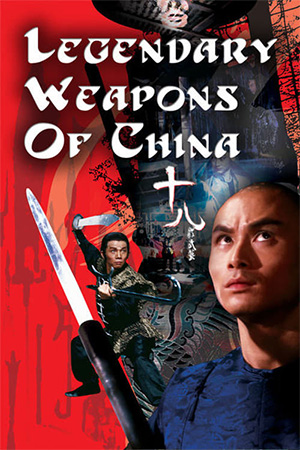 When it comes to the kung-fu movie, Liu Chia-Liang is the film-maker who sits at the zenith, peering down at the many other directors (although he is probably too humble to admit this). While others like Chang Cheh, Sun Chong, Yuen Woo Ping, Lee Tso Nam have contributed massively to the genre, Liu Chia-Liang is the man who gave it the depth, variation and most importantly reverence it deserves. ‘Legendary Weapons of China’ is often seen as Liu’s magnum opus, a film from the latter days of the Shaw Brothers’ studio.

Having suffered an ignominious defeat to the invading foreign powers during the Boxer Rebellion, the Chinese band together to find a way to combat the emergence of the firearm. Masters of every clan in the country are unified by this mission, but one, Lei Kung, refuses to let any more of his students perish in vain to the mighty gun and disbands his school. His contemporaries are shocked and send out a series of fighters to kill him and restore morale in the kung-fu community. Lei Kung is one step ahead though and disappears, leaving few clues as to where he is hiding or what new identity he has assumed.

‘Legendary Weapons of China’ is one of the few martial arts productions to address the collision between hand-to-hand combat and the firearm. In so doing, it gives the action a very intriguing context to work within. Yet this is ultimately a flawed film where a powerful opening and strong finish are bookends to a weakened middle chunk. That’s not to say that even the weaker moments aren’t entertaining; a director like Liu Chia-Liang knows his craft so well that there always seems something to grab the attention. Nevertheless, ‘Legendary Weapons of China’ isn’t quite the definitive genre it perhaps should have been.

Despite not delivering on a superb opening thirty minutes, there is much to savour here. Performances are strong with Liu Chia-Liang giving himself a rare lead role and creating a worthy foe in his real-life brother Liu Chia-Yung. The action ranges from the excellent to the outstanding; the claustrophobic fight between Hui Ying Hung and Hsiao Hou in the crawlspace of the roof of an inn is stunning and is the perfect example of Liu Chia-Liang’s skill as director and choreographer. And there is the grand finale, a protracted battle between hero and villain using a number of the said legendary weapons. ‘Legendary Weapons of China’ loses impetus when it concentrates on the distracting sub-plot involving Fu Sheng’s kung-fu charlatan, but it is still a refined entry in the genre.