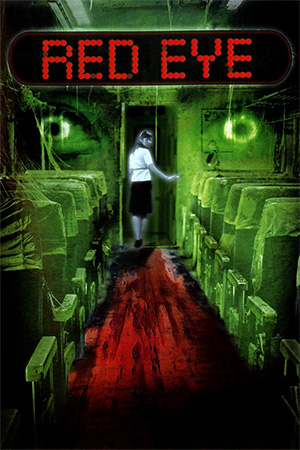 Fresh out of training, locomotive stewardess Oh Mi-Sun (Jang Shin-Young) swaps shifts with one of her colleagues so that she might be able to engage the final run of the decommissioned Seoul to Yeosu midnight passenger train. By happenstance Mi-Sun’s shift shares a series of unlikely coincidences: it is her birthday, it is the driver’s last call before retirement, and it is also the anniversary of a tragic accident that claimed myriad lives some years prior. Rumours persist that the “red eye” transit is haunted, whilst truths closer to home reveal that the coach shares a number of carriages with that involved in the fatal crash years before. Expectedly, Mi-Sun is both a little nervous as well as ill-at-ease on her maiden shift. Seeing her apprehension, conductor Park Chan-Sik (Song Il-Kook), takes her under his wing, bonding with her and providing reassurance for the journey ahead.

Along for the train’s final voyage are a group of young army officers, on leave and looking to score themselves the attentions of a member of the opposite sex; a quartet of teenage ghost-hunters, inclusive of seventeen year old So-Hee (Kwak Ji-Min), who harbours the ability to see spirits; dreamy, dysfunctional siblings Jin-Kyu (Lee Dong-Kyu) and Hee-Ju (Kim Hye-Na), who usher with them a secret of their own; a pair of feisty female runaways making flight from their parents in Seoul; a passionate young couple; and the usual array of midnight commuters. With such a broad cross-section of passengers it’s not long before the midnight run does indeed prove to conceal supernatural elements, with both Mi-Sun and So-Hee assailed by visions of phantom travellers. But the night ahead will eventually prove far more terrifying, and potentially deadly, for all aboard.

Originating from Kim Dong-Bin, director of the South Korean-Japanese remake of Hideo Nakata’s ‘Ring’ (1998), ‘Ring Virus’ (1999), one would expect a South Korean tale of terror of inspiring proportions with ‘Red Eye’ (aka: ‘Ghost Train’) (2005). Therefore, it is with no small amount of disappointment to report that, though set up with an interesting (and unusual) premise in that the (now) repetitive “vengeful ghost” motif is given the uniquely claustrophobic location of a passenger train to play out within, Kim’s film never deviates all that far from the track of its models nor makes the most of said location. In fact, what derails ‘Red Eye’ from rising above its peers is its predisposition towards the uncertainty of what narrative line it should be foremost exploring. Of course, Kim Mi-Young’s screenplay affords Kim far too many primary characters to fully realise the film’s full potential and, without giving away too much, there is in turn not just the one ghostly antagonist but multiple wandering souls (some benevolent, others malevolent). Come the finale, with far too many loose ends to collectively wrap up, the story careers out of control into what seems like a never-ending tunnel of melodrama and eventually blows its carefully undertaken set-up right past the next station.

That said, the set-up is very impressive and before things eventually veer off the track in the final act, there’s a lot to take in and appreciate. As with most mainstream commercial South Korean feature films, ‘Red Eye’ exhibits a slick, polished visual stylistic thanks to the efforts of Director of Photography Byun Hee-Sung, who manages to capture much of what lies before the lens with crystal-clear clarity and a pin-sharp resonance. From the opening rainy vistas of Seoul at night, through the cramped, enclosed tracking shots on the titular passenger transport itself, Byun creates an otherworldly, gel-coloured vision that initially exudes great promise which ultimately falls flat once the narrative arc has run its course. Of the cast, the leads, Jang Shin-Young (last seen paired with the great Choi Min-Sik of ‘Oldboy’ fame in ‘When Spring Comes’, 2004) and Song Il-Kook (more recently seen under better circumstances in ‘Art of Seduction’, 2005) fail to resonate with the viewer, their collective secrets coming off as trite once unveiled rather producing the abject surprise they should. Indeed, both are surprisingly flat given the weight of their characters. Only Kwak Ji-Min (ever so good in Kim Ki-Duk’s ‘Samaria’, 2004), as So-Hee the teenage clairvoyant, elicits a modicum of audience empathy and manages to strike a chord with the viewer.

Once all is said and done, director Kim Dong-Bin seemingly wanted to have his genre piece both ways in that he initially sets out to deliver a somewhat clichéd horror opus but, come his climactic resolutions (of which there are many), he shifts gears towards tugging at the audiences’ heart-strings with hitherto unheralded melodrama. Perhaps this was to be expected as inherent within the confines of the film’s South Korean censorship classification of 12+ (falling somewhere between our own PG and M classifications), being that the film seems intent to trade on the threat of its premise over actually delivering full-blooded horror when the plot calls for it? Assuredly, there are sequences where blood is spilt, and ghoulish apparitions appear but none, if any, of these scenes generate much of a reaction beyond mild surprise. Like many of its contemporaries ‘Red Eye’ relies far too greatly on its expansive, and effective, sound design to evoke a sense of dread from its viewer.

Either way, what commences as a promising, if not relatively unique, horror vehicle winds up depleting its horror of the necessary bite with saccharine-laced conflict resolution only exceeded in recent years by the schmaltz that was the climax of Andrew Lau’s ‘The Park’ (2003). When it’s not playing with the anticipated conventions of the genre or winding a strikingly inventive camera lens around the confines of its (admittedly) impressive setting, ‘Red Eye’ remains only a modest entry amongst the burgeoning, populist Asian horror scene. It neither elevates itself above its peers to be commended as above average, nor falls below the predetermined bench-mark to endanger itself of being instantly forgettable. A modest South Korean ghost story, albeit one that retains vestigial hints of promise that only serve to indicate how great it could have been.