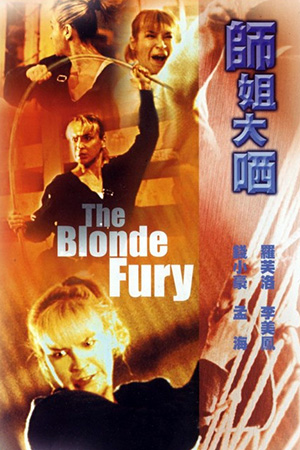 Aside from the impression given by the films alternative titles, it is not actually a direct follow up to the classic, superior ‘Righting Wrongs’, although many of the same cast appear. In fact, it originally started out to be a kung fu comedy directed by Rothrock’s then boyfriend Mang Hoi. Production was constantly disrupted and the long shoot can be seen as Rothrock’s hair continually changes style from scene to scene. Yuen Kwai was brought in to beef up the action and bring some stability, while at the same time changing the film into a darker, more violent piece more akin to his usual work (a la ‘Righting Wrongs’ and ‘Yes, Madam’)  .

The story originally sees Rothrock as an undercover newspaper photographer, trying to uncover a money-counterfeiting ring. The emphasis then changes to the kidnapping of her friend?s father, who is a prosecutor trying to convict the head of the ring. Eventually, any storyline fades away into a generic build up to a finale designed to showcase Rothrocks fighting and Yuen Kwai’s choreography. Far better than ‘Beyond The Law’ or ‘China O’Brien’, however,  ‘Blonde Fury’ cannot match the excellent Yuen Biao vehicle ‘Righting Wrongs’, as its story, direction and action are all a par below. That is not to say the film is a failure, as it is probably Rothrocks best work after the aforementioned ‘R.W’ and ‘Yes, Madam’. The finale in particular showcases a number of excellent fight scenes bringing the best out of fan favourites like Chin Siu Ho and Billy Chow as well as top Gwailo villain Jeff Falcon. The films disrupted style in the first half of the film lets it down, and is therefore not one for too many repeated viewings, unless you scan to the fights. Rothrock herself claims that this film showcases her best on-screen fighting.

If, like me, you loved the 80’s action style of people like Yuen Kwai then this is a good purchase, as the fights stand up to repeat viewings even if the rest does not. For those looking for a dramatic exercise or another ‘Police Story’ then this may leave you unsatisfied. 4 stars for the fights, but only 3 for the film.