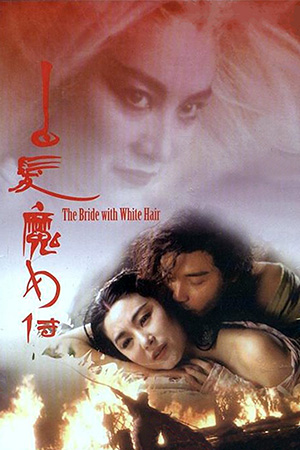 A  worldwide cult classic and a box-office hit in Hong Kong, ‘BWWH’ is widely regarded as a visual masterpiece from director Ronny Yu, who has since moved onto Hollywood with relative hits such as ‘Bride of Chucky’ and ‘The 51st State’.

However, while it is certainly visually appealing, there appeared to be nothing more beneath the surface. The plot is interesting on a superficial level, but it is not fleshed out well by most of the cast or the director. Brigitte Lin is excellent, as always, but she is the only one. The rest of the cast merely mood, brood or over-act their way through the 90 minutes, and some become extremely irritating.

Plot and performances are often overlooked in most HK productions in favour of the action, which I usually don’t mind. However, here the action is also weak. Much of it is in the new wave, wirework style – popular in the early 90’s – but in no way matches up to the standard of Yuen Woo Ping or Ching Siu Tung styling far superior action at the same time. Even films with less or similar action like ‘A Chinese Ghost Story’ leave the viewer more fulfilled.

It sounds as if I hate the film, but this is not the case. Yu’s extravagant use of colour and innovative camera techniques are extremely pleasing, but in no way make up for the lack of depth missing from the rest of the film. It will certainly impress most HK newbies on first viewing, but once the novelty has worn away, it is more likely to collect dust than be watched repeatedly.

I certainly expected more from such a highly regarded film, but I have seen many better – most of which have been criminally overlooked in favour of style-over-substance features such as this one.