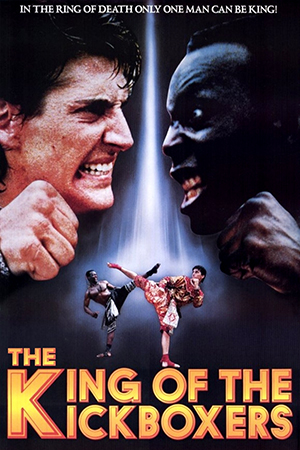 Although this is unofficially thought of as a sequel to the ‘No Retreat, No Surrender’ series that Loren Avedon also featured in; it really bares little resemblance to the (still loose!) storylines of the original trilogy. Instead, we are treated to a grim tale of “snuff” movies being filmed in Thailand with the high kicking executions coming courtesy of Billy Blanks (- the founder of the boxercise  regime “Tae Bo”).  Avedon is sent undercover to infiltrate the snuff movie network and bring it down, but he has an ulterior motive in that Blanks was also responsible for his brother’s murder when he was a boy.

To be honest, this is essentially just another generic revenge story with other loose plot elements giving the excuse for a barrage of stylised fight sequences. Fortunately, those fights are of a high standard and compare favourably to those in the original ‘NR,NS’ series choreographed by Corey Yuen Kwai. Although Yuen Kwai is not the director or chief choreographer here, he does take charge of one sequence in which the underrated Keith Cooke dispatches a group of thugs with his own incredible brand of fast spinning kicks, and is quite possibly the best sequence in the film – if a little too short. Avedon too is a tremendous martial artist and gets to strut his stuff against Blanks at the end in a particularly brutal encounter.

Not the greatest martial arts films ever made, but certainly one of the best to come out of America. It’s a shame that such talented physical performers as Loren Avedon and Keith Cooke never got the chance to impress in HK’s golden era and face off against some of the East’s best. Nevertheless I definitely recommend this to those who enjoyed the earlier ‘NR,NS’ films and similar mindless, but well styled, action flicks.