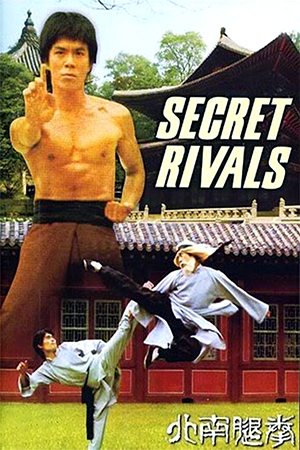 Excellent traditional kung fu film starring three of the legends of the Jade screen in one of the legendary films. Northern Leg (John Liu – who else?) travels across China to find the man responsible for the death of his parents. The culprit is none other than the Silver Fox (Jang Lee), a feared martial arts expert who also has a sideline in bullion robbery. The said bullion is of particular interest to another avenger, a government law enforcer known as Southern Fist (Wong Tao). However, the two heroes do not exactly hit it off and become rivals over the love of a local woman. They do discover, though, that although they are both highly skilled fighters, alone they are no match for Silver Fox. Begrudgingly, but knowing that it is the only way to gain success against this awesome foe, the two combine their skills. With bootwork and fists united, they now face their bitter enemy.

It’s hard to appreciate the impact this 1976 production had on its release. Put quite simply, it heralded in another dimension to the kung-fu genre. Ng See Yuen became known after this film for breaking new ground and he would go on to produce future classics such as ‘Snake In The Eagle’s Shadow’ and ‘Drunken Master’. A special mention deserves to go to Tommy Lee for his exceptional choreography, allowing the stars to really show what they can do and pushing back the boundaries of the genre at that time. Although the film is nearly 25 years old, the action is not dated and serves as a breath of fresh air after a decade dominated by wirework. John Liu and Wong Tao are superb, both in terms of their physical prowess and thespian skills. However, it is probably Hwang Jang Lee as Silver Fox who really sticks in the memory; his ability is simply breath-taking and he injects untold menace into his role. Highly recommended and much more than just a piece of history.