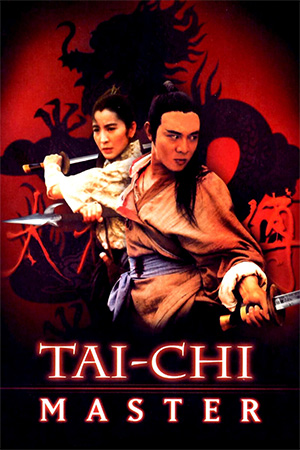 Dong Tian Biao (Chin Siu Ho) and Shang Jun Biao (Jet Li) are two Shaolin brothers. Shang is content with life in the temple but Dong secretly craves fame and fortune.  During a martial arts contest in the temple, Dong fights with lethal force and the two friends are forced to leave the temple.  In the outside world Dong joins the army whilst Shang hooks up with a gang of rebels.  The army and the rebels do battle several times and Shang loses his memory during conflict.  He then creates the style of Tai Chi to defeat his old friend, who is now consumed by his lust for power.

‘Tai-Chi Master’ tells the age-old tale of two brothers/friends who eventually find themselves fighting on opposite sides. While the plot may lack a little originality, the film is undeniably entertaining in the hands of Yuen Woo-Ping and boasts top performances from everyone involved. Of course, the real draw here is the action and Woo-Ping packs the movie with plenty of high class kung fu fights. Most of these use a combination of wirework and classic styles, which allows for plenty of infectious energy to be splashed all over the screen. Li and Chin Siu-Ho are on particularly fine form and this is definitely one of the movies I’d recommend if you want to see either actor at their best.

Long before ‘The Matrix’ ever existed, Yuen Woo-Ping was making martial arts magic in movies like ‘Tai-Chi Master’. Packed full of superbly choreographed fight sequences and sporting solid leading performances, it is definitely one of the finest kung fu movies to emerge from Hong Kong during the 90s.