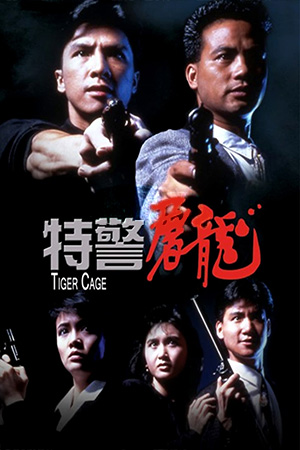 Let’s get straight to the point. This is quite clearly one of the finest martial arts/action flicks to come out of Hong Kong in the 80’s, possibly ever (except for its sequel!). It contains everything most Hong Kong action cinema fans want, from blisteringly powerful, well-choreographed fight sequences to gunfights, plot twists and untamed graphic violence.

The criminally under-used Michael Woods makes another fantastic cameo to face Donnie Yen in a match up to rival that of the ‘ITLOD4’ finale, only a little shorter. It is always a joy to watch these two fight, as they seem to have an unconscious connection allowing them to move with each other at an amazing pace. Jacky Cheung is made to look like a competent fighter, something which has never occurred at other times, and every instance where someone takes a kick or strikes out, the audience really feel it.

While ‘Tiger Cage’ is not quite as good as the amazing sequel, it is certainly a flick which no Hong Kong, or action fan should miss out on. A five star movie if ever there was one and a perfect example of HK’s 80’s action heyday.