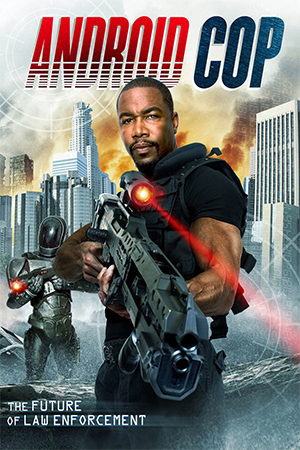 In the year 2045, an LAPD detective and his new partner – a state of the art crimefighting robot cop – are tasked with recovering a runaway android containing the consciousness of the Mayor’s daughter. Their investigation leads them to enter the Zone, a forbidden section of the city plagued with an unknown disease. There they locate the girl but soon find themselves coming under attack from mutants, gangs, and even the LAPD itself…

Fan favourite Michael Jai White takes the lead for this straight-to-DVD sci-fi actioner. Unfortunately though, it’s an extremely familiar outing that draws heavily from the likes of ‘Robocop’, ‘Alien Nation’ and just about every buddy cop movie ever made. While I have no problem with low budget clones per se, the cheese is particularly strong with this one as most of the dialogue is absolutely horrible and the plot predictably jumps from one bad movie trope to another. The film also contains a laughably bad android, who is little more than a short guy in body armour talking like a robot. Jai White tries his best with the limited material and a few of the effects are half decent, but even these minor pluses are quickly smothered by the general awfulness of it all.

The action on offer is equally unsatisfying, simply because the film completely wastes the talents of its main star. I only counted one or two scenes where Jai White gets to use his feet and fists, and even these moments are over so quickly that they’re hardly worth analysing. The film’s shoot outs do fair somewhat better, particularly a sequence involving some ‘Mad Max’ style bandits and a helicopter chase. However, they too are quickly spoiled by the over-reliance on slow motion as well as the director’s terrible habit of letting the camera slip in and out of focus.

‘Android Cop’ is a cheap and not particularly satisfying re-working of numerous existing movie ideas. Perhaps some fans may have fun trying to spot the obvious influences, but beyond that it’s hard to see why it would be worthy of your time.