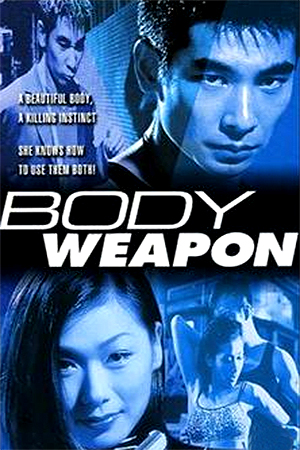 This is one of the better films to come out of Hong Kong in ’98 but is still by no means a classic. Wu Shu maestro Vincent Zhao of ‘The Blacksheep Affair’, ‘Fong Sai Yuk’, ‘OUATIC 4’ and ‘OUATIC 5’ stars as Hwan, a homicide detective on the case of a serial killer who rapes women and kills their partners. Hwan’s colleagues are next on the killer’s list and prompt Angie Cheung to take revenge using her body to lure the assailants.

Dark cinematography, powerful scenes, politically incorrect humour and good fight choreography combine to make this an entertaining film, but one you are only likely to watch once.

All of Zhao’s previously mentioned films make for better viewing and contain more exciting fight sequences. As a result I would always recommend those first. However, he does have a screen presence and charisma that make him enjoyable to watch, and could well be next on the bandwagon to America assuming he can handle the lingo.

In the meantime, I look forward to seeing how he fills Jet Li’s shoes in the ‘Black Mask’ sequel, after doing such an admirable job as Wong Fei Hung in the 4th and 5th OUATIC films.

Nearly 4 stars but not quite.