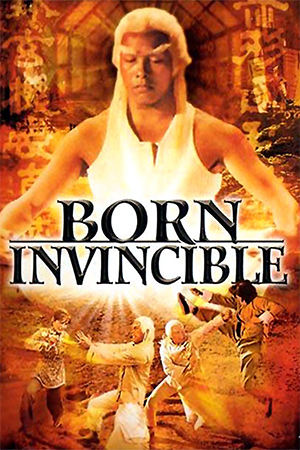 When a local kung-fu school come to the rescue of an elderly stranger and his daughter, little do they realise the series of events that will be put into motion. The school’s master sees off the challenges of the two weapon-wielding killers that have been sent to kill the old man, but they limp off to their own clan to gain assistance from their deadly teachers. Unfortunately for the righteous heroes, these teachers are two of the most feared warriors in the land; one is a slippery fighter with a deadly tonfa and the other is a fearsome master of Chi Kung which makes him practically unbeatable. These two adversaries wreak havoc and makes sure that they not only get their original target, but also finish off the defending master. Left with their school disbanded and the threat of being discovered looming over them, the remaining students train constantly in an attempt to take revenge against their foes. The Chi Kung master has only one weak spot though and to find out where it is will certainly not be easy.

‘Born Invincible’ contains what many consider to be Carter Wong’s strongest performance; playing the crazed Chi Kung master, Wong enjoys every minute of his scenery chewing role. Yet again, Joseph Kuo shows how a little imagination in the department of antagonists always adds a fresh appeal to independent features. Kuo adds to this larger-than-life character by giving the viewer plenty of fight action to savour and making it original to boot. Legendary choreographer Yuen Woo Ping makes sure that this particular quality is emphasised throughout the course of the film. ‘Born Invincible’ is far from flawless though and there are reasons why it doesn’t quite reach its potential. Foremost among these is the pace – the story moves along too quickly! This is not a common criticism of kung-fu genre, but in this instance the viewer is barraged by a series of events that happen with little exposition. A familiar pattern soon emerges: hero mentions training; hero is seen to train for a minute or so; hero immediately meets up with intended foe. By the time the hour mark is passed and variations of this formula occur, the viewer is left with barely enough time to take these events in. It’s also fair to say that Kuo shoots himself in the foot by creating such an impressive villain and then trying to find an effective way to defeat him, something which isn’t well achieved. Nonetheless this is still worth catching and, due to its short running time, it doesn’t have the chance to outstay its welcome.