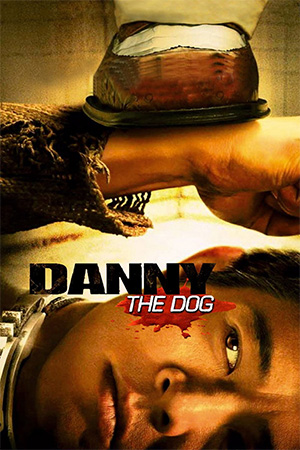 Ever since ‘Danny the Dog’ was announced, I have followed its production with much interest. The inclusion of such accomplished and respected actors; Bob Hoskins and Morgan Freeman, coupled with the promise of brutal fight choreography by Yuen Woo-Ping had enhanced my anticipation. This anticipation recently began to turn into apprehension, as firstly the name was changed for some territories into ‘Unleashed’, presumably to make it more catchy and appealing to the American market. Secondly, the release of the film has been regularly delayed and is now available on region 3 DVD before it has even made it onto UK cinema screens. These are usually signs that the quality of the film is less than certain.

Thankfully, I need not have worried. I have no problem in saying that this is easily Jet’s finest English language film. It is also possibly his best modern day role, outdoing the likes of Hong Kong counterparts; ‘My Father is a Hero’ and ‘High Risk’. I still feel that Jet’s greatest moments have been in period pieces such as ‘Once Upon a Time in China’ and ‘Fong Sai Yuk’ and this is likely to remain the case. However, here it shows that he can not only still produce a fine, grounded, physical performance, but he can actually hold his own on a purely dramatic level.

As a story, ‘Danny the Dog’ is more interesting than first imagined. I fully expected the plotline of Danny being a trained bodyguard, literally kept like a dog on a leash since childhood to be a transparent excuse to put fight scenes into a film. This is obviously partly true, but, whilst exploring the reasons for Danny’s pseudo-imprisonment and his obvious trouble re-integrating socially, we get to see the emotional aspects of Jet’s personality shine in a way so annoyingly restricted in his more recent films. Jet is an awesome physical performer, but there is so much more to his overall screen charisma that has helped make him an international star.

It is probably true to say that most people who intend to see Li’s films are as interested in the action sequences as they are in the characters. In this area, I have to admit to being slightly disappointed. My expectations were clearly sky-high after hearing that Yuen Woo-Ping would be working with Jet again after almost a decade. Woo Ping is responsible for arguably Li’s finest hour with ‘Fist of Legend’ so perhaps my expectations were a little unrealistic, however, the fights here are not up to the same standard. I have often felt that although Hong Kong choreographers can do great work on Western films, without the time afforded their Eastern counterparts, and the quality of the Chinese stunt performers they often pale in comparison. The same is true here, as although the choreography is neat, and the performers very able, nothing compares to the fearlessness, sublime fluidity and speed with which the Hong Kong stuntmen from the last 20 years are capable. Nevertheless, the action on show is brutal, bloody and often balletic.

Jet’s next feature is likely to be a Chinese production with Jet playing the legendary Fok Yun Gap. Hopefully, he will return to Hong Kong permanently, as with ‘Danny the Dog’ I believe he has reached as high a note as he is likely to with the restrictions placed upon him by Western studios. At least now he can return proud in the knowledge that he has easily been the most successful Hong Kong export with a much higher quality level of output than even the likes of Jackie Chan or Chow Yun-Fat.

I heartily recommend ‘Danny the Dog’ (or ‘Unleashed’ depending on your location) to almost everyone – even those who are not fans of martial art films or Jet Li in particular, as this is a production that could stand on its own as a purely dramatic exercise. It is not without it’s faults, as some may feel it is a touch melodramatic or even a little too short, however, it is still a touching film which manages to show everything Jet has to offer from his likeable, shy persona to his impressive physical grace.