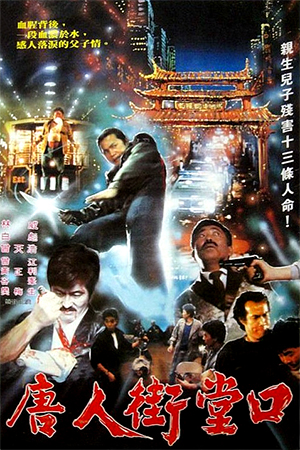 My initial reaction to this film was very mixed. In knowing that the director was Yuen Cheung-Yan (Woo-Ping’s brother and action director of ‘Iron Monkey’ etc…) I was expecting another exercise in martial art filmmaking within a modern day setting. However, what I actually watched was a very brutal drama featuring little in the way of real martial arts, instead opting for short bursts of realistic, graphic violence.

The story follows Joe – a young Chinese boy who, having been sent to the States to be educated, grows up in a poor, rough neighbourhood mixing with gangs and delinquents, continually involved in petty crimes and street fights with other local youths. On one occasion, Joe and his friends attempt to rob a gambling house, which inadvertently becomes violent and a number of innocent people are killed. He seeks help from a friend of his father’s who was entrusted with looking after him, and they flee the police returning to Hong Kong. Unfortunately, amongst the money they stole was an important logbook belonging to a local syndicate boss. The boss and his heartless crew follow Joe back to Hong Kong, and waste no time killing anyone who gets in their way.

Although this type of story has been used to link action scenes together along the years, here it is treated almost purely as a dramatic exercise. Often harrowing, and unpleasant to watch, the characters become even more desperate as time goes on, and a happy ending is not forthcoming. The cast all perform admirably, but show little range as the story requires them to be either constantly scared or unhappy. Hwang Jang-Lee turns up as one of the henchman, but gets little opportunity to show what he can do.

A movie worth seeing if you need bringing down a peg or two, but not recommended for those with a depressive nature. An example of the kind of film Hollywood would never produce, but not a prime example of Hong Kong style either.