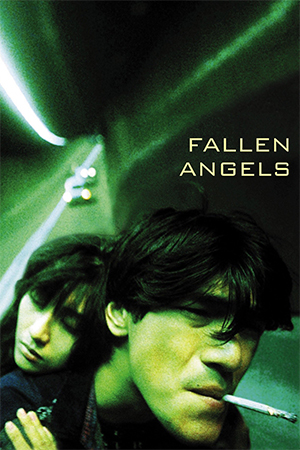 This story of an Assassin having second thoughts about his career choice was originally slated as the third ‘section’ of the superb ‘Chungking Express’. Perhaps due to time constraints or the expanding second section of CE, Wong Kar Wai decided to come back to this story at a later date, and create a full movie instead.

Leon Lai plays Wong Chi Ming, an assassin who is growing tired of killing and the lonely life he leads. Michelle Reis plays the part of his agent, setting up all of his hits and providing him with a place to stay, but never actually getting to meet him – even though they have had a 3-year business arrangement!

Wong’s life is clearly a sad one and as the film progresses it is clear that he has simply accepted his fate and begins to convince himself it is the best thing for him, merely becoming a robot – killing whoever, whenever. The few action sequences on display are all short, but brilliantly executed and captured with style, allowing us to see the cool nature of the character and the detachment he has from his victims. Reis’s character is no happier, and often takes to masturbating in the bed Wong slept in once his job has been done and he has disappeared again. They do eventually meet, but as you would expect from Wong Kar Wai, it hardly becomes a perfect romance.

Although ‘Fallen Angels’ – unlike ‘Chungking Express’ – is a single themed film, there is still a significant thread running peripheral to it which bears little relevance to the rest of the story. This storyline follows a mute Takeshi Kaneshiro in a slightly deranged role, but to me it appears a little too pointless and detracts from the main attraction, only occasionally crossing over. As comedy relief it doesn’t seem to work either, as I personally just felt both sorry for and irritated by his character and quickly became bored of it. The slow pace of the main plotline and the eternal desperation, and quite frankly pathetic behaviour, of all involved made this a very empty experience and became purely an exercise in aesthetics.

Speaking of aesthetics, the cinematography on display here is unarguably fantastic, with both Wong and Christopher Doyle excelling themselves to create a work of visual splendour. Quick cuts, vibrant neon colours, experimental angles and an innovative use of lenses all create a picture which could be paused at any opportunity and framed as a piece of art. Unfortunately, for me, I like a little more emotion or compassion (or even plain old likeability) from my characters to make a film interesting for 2 hours. ‘Chungking Express’ had both visual character and the performances to capture the audience making it one of my all-time favourites. ‘Fallen Angels’ may be nice to look at, but may be equally interesting to watch with the sound off as it has very little real soul beyond its sleek facade.

This is obviously all just one subjective point of view as many people call this their favourite HK film. As a result, I still recommend you watch it, but perhaps don’t buy it until you are sure it will be dusted down more than once. Pushed up into the 3 star band simply because it is so beautifully filmed.