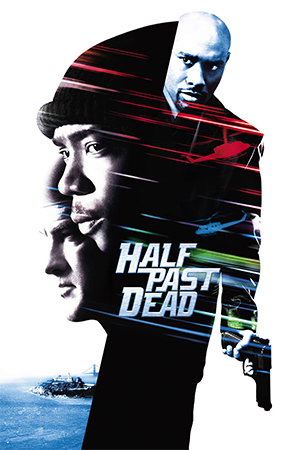 Following on from the relative success of ‘Exit Wounds’, Seagal teamed up with another hip hop star, Ja Rule, to capitalise on the popularity of what has recently become known as rap fu.

Unfortunately, the few redeeming features present on Exit Wounds were quickly discarded by ex-‘Renegade’ director Don Michael Paul in creating one of the most generic and hackneyed of action movies I’ve seen in years. Quite an achievement considering how generic these types of film usually are in the first place!

Seagal plays an undercover FBI agent placed into a maximum-security prison – the new Alcatraz. As I said, we’ve all seen this setup a million times before, and with nothing new in terms of action, plot or performance on offer, it quickly becomes a waste of time. The addition of hip hop stars such as Ja Rule and Kurupt is clearly a cynical marketing ploy to appeal to the kind of kids that flocked in droves to see ‘Romeo Must Die’ and ‘Exit Wounds’. Unfortunately, DMX who appeared in those average flicks actually looks like an impressive actor compared to the line up here.

If you’re still reading this review, then you obviously have an interest in Steven Seagal movies, so let’s forget the rehashed plot, dodgy hip hop leads and music video direction and focus on the main man himself. Unfortunately, playing the same quietly spoken good guy as usual, he could have phoned in this performance. The little hand-to-hand combat on offer is quite nicely choreographed and executed but far too infrequent to recommend a viewing. Most of the action is gunplay and explosions, and is poorly done, looking more like a film student’s attempt to mimic ‘The Killer’ and ‘The Matrix’ than offering anything remotely realistic.

In conclusion, ‘Half Past Dead’ is another poor addition to the rap fu genre and is less entertaining than both ‘Exit Wounds’ and ‘Romeo Must Die’, whose audience this clearly aims itself at. However, if you’re a big Seagal fan, and are willing to remove your brain for 2 hours then the pyrotechnics, short bursts of aikido and an extremely attractive Nia Peebles may make this worth your while.