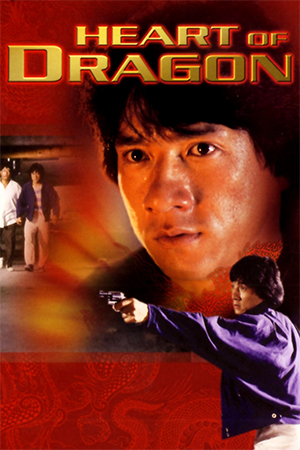 Of all Jackie and Sammo’s movies – especially their collaborations – this one has received the most polarised reactions. Some love it, and some people really hate it. Part of this problem is due to the lack of expected action, and the serious, emotional drama from start to finish. The English dubbed version completely loses all emotional conveyance essentially ruining the film, while it also (the Cantonese version included) is missing two major fight sequences originally filmed.

The story focuses on two brothers, Jackie and Sammo, with Jackie playing a cop planning his dream of sailing around the world. This is never realised, as his priority is to look after his mentally retarded brother (Sammo) causing both resentment and constant stress. When Sammo inadvertently and unknowingly gets mixed up with gangsters after stolen jewels he is kidnapped and Jackie must yet again go all out to see his brother safe.

The dramatic element feels fresh, with these two seasoned action heroes both giving fine acting performances; Sammo especially, is excellent as a grown man with a child’s mental age, and obviously, no fighting ability. Jackie has never looked tougher than in the brutal final reel and shows how ruthless he can be when not in control of the choreography.

If you prefer to see Jackie in films like ‘Shanghai Noon’ and ‘Rush Hour’ then this may not be for you, but if you want to see an alternative to his stereotyped bumbling hero then it will certainly deliver.

Be warned: If you want to purchase this in the UK then you have a few options. The HK DVD’s are both acceptable but are missing the extra fights. The 2 UK VHS versions are by the same company (Hong Kong Classics) with one essentially the same as the HK DVD’s and the other has the added fights as a post film extra – not incorporated into the film. If you want the definitive version then you should seek out the Japanese laserdisc or wait for HKL to release it in 2003 and hope they manage to retrieve all missing footage.