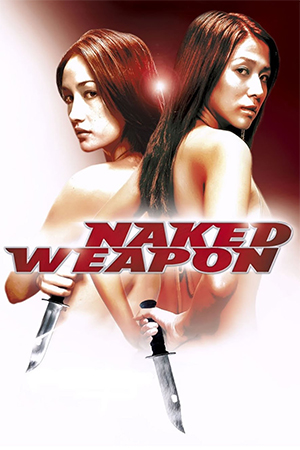 Since the late 90s, the prospect of a new HK action film has increasingly failed to inspire hope, and have always further reinforced my rose-tinted view of the 80s Golden Age. It has become increasingly apparent that HK movies are trying as hard as their budgets will allow to become Hollywood style films. ‘Naked Weapon’ is unfortunately no exception.

Almost entirely in English, ‘Naked Weapon’ is a sometimes-grim tale of female assassins, who were all kidnapped as teenagers and forced into training. 3 of this group were kept alive to become the worlds most sought after hired guns. Daniel Wu plays a Federal agent who has been tracking the case for years. Ultimately, this loose plot becomes discarded, and Andrew Lin appears out of nowhere to be the bad-guy with whom Maggie Q must battle in the entertaining final reel.

Action-wise, this is much like any other HK film of recent years, incorporating a heavy dose of wirework and CGI to “enhance” the fight scenes. More often than not this looks out of place, and merely pulls the viewer out of the experience. A couple of fights are memorable though, with one being the aforementioned finale against Andrew Lin. In this instance, one almost feels as if Andrew Lau has taken over the film as the special effects and “swooshing” camera are in full effect. It is nonetheless quite lengthy and innovative, not to mention brutal. The second features Daniel Wu in a rare opportunity to show off his skills, but while being a decent effort, is a little too brief and quickly becomes over the top when he leaves two of the girls fighting each other. Most of the other action scenes are less competently directed and have little sense of realism, either because none of the hits appear to connect, or because the combatants are clearly not skilled at all.

The eye-candy on offer is worth the price of the DVD alone, and many of the girls are clearly not shy to shed their clothes. This being a Wong Jing production, there are the obligatory scenes of female degradation and over the top villains, however, the director keeps this to a minimum. When the credits rolled, I was left relatively confused, as it seemed to have flown by very quickly which is usually a good sign. Or maybe I was relieved to no longer have to listen to the atrociously scripted dialogue. Even if you were to put the Cantonese track on, many people are still speaking “American” English. Worth a look if you are a fan of the genre, as much of the action hints at the potential on offer when such talented choreographers are available. Otherwise, its another of today’s, generic  HK-action fare.