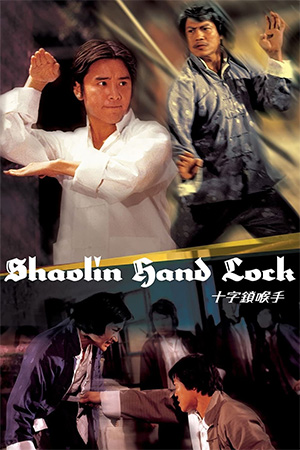 Director Ho Meng-Hua directs this entertaining 70’s kung fu movie, which stars David Chiang in the leading role opposite Shaw’s number one villain, Lo Lieh. Whilst the film is shot in a contemporary setting, it still retains the familiarity and “spirit” of the period Kung Fu revenge flick and is a notable entry in the Shaw Brothers back catalogue.

Li  Bai  (Dick Wei) is the creator and master of the “Shi Zi So Hou Shou” (“Throat Locking Hand” or “Shaolin Hand Lock”) and has ensured that his skills will live on by teaching them to his children, Ching Yang (David Chiang) and Meng Ping (Chen Ping). However, a visit from old friend Fang Yun Biao is filled with treachery and he kills Bai along with two of his students, believing them to be his children. When Ching Yang learns of his father’s murder, he sets out to avenge his death and travels to Thailand to kill Fang.  As it turns out though, it was the rich and benevolent Lin Hao (Lo Lieh) who was behind the plot so Yang infiltrates his gang to get closer to the man himself. Whilst it may appear things are going well, the other guards soon begin to suspect Yang and it looks like his confrontation with Bao will come sooner than he thinks.

Although the film itself contains many positives, ‘Shaolin Hand Lock’ is let down by an average performance from leading man David Chiang. This is not to say that he is a poor actor, but I just don’t think he has the necessary charisma to portray a kung fu master. Added to this, he looks somewhat awkward during the fight scenes and is far better suited to the heroic bloodshed genre (see ‘Vengeance’). Thankfully though, with the help of the predictable but entertaining revenge storyline and the excellent Lo Lieh, the film stays on track and is littered with examples of why Shaw Brothers were the leading studio of the era. It is also worth noting that despite the title, the technique used throughout bears no relation to Shaolin.

Despite my reservations, I still feel ‘Shaolin Hand Lock’ is excellent entertainment with much to appreciate. It boasts some top notch fight scenes which are further enhanced by another standout performance from the late great Lo Lieh.