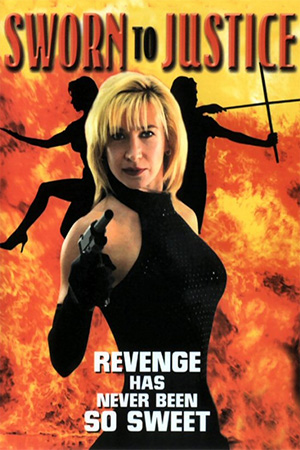 Those of us who grew up with action films in the 80’s usually have a soft spot for these kinds of straight-to-video martial arts actioners. Rose tinted spectacles have made us look back on such films with great affection, and the stars of such films have rarely gone on to produce works of great quality since those halcyon years. One such star whose output has been questionable at best since the early 90s is one Cynthia Rothrock.

Rothrock was excellent in her Hong-Kong era, featuring in such superior fight flicks as ‘Righting Wrongs’, ‘Blonde Fury’ and ‘Yes, Madam’. However, since she began working on American productions away from HK fight choreographers, the majority of her movies have paled in comparison. Nevertheless, I have always kept an eye on her output, and occasionally go to the effort of picking up the more promising titles.

What stands out about this film, before viewing, is the cast. Rothrock herself is a more than capable screen fighter, and alongside her in the billing is Kurt McKinney who most of us action fans would recognise as Jason from ‘No Retreat, No Surrender’ where he put in an excellent physical performance. I was quite surprised to see his name on a martial arts film again, as after the original ‘NR, NS’ he opted not to follow up with the sequels and was instead replaced for ‘No Retreat, No Surrender’ parts 2 & 3 by Loren Avedon. McKinney then moved into television drama, distancing himself from action movies.

That said, a promising cast does not translate into any form of quality on screen, and the movie is dull and lifeless. The plot centres on Rothrock’s character who develops psychic abilities following her sister’s murder, and uses her martial arts training to become a vigilante by night in an effort to track down those responsible. It could have been more interesting, but isn’t really developed beyond being an excuse for the action.

The sparse action sequences are typically American, being poorly choreographed and performed at a snail’s pace. It is clear that Rothrock and McKinney can pull off some fancy moves, but are let down by the poor direction, camera placement and slack editing.

I would not recommend this to anyone but die-hard Rothrock fans, and those curious enough to see Kurt McKinney in action after so many years. Otherwise, steer clear.