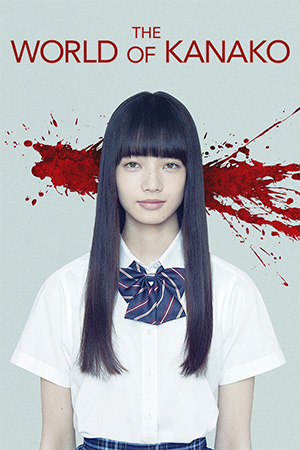 Having watched tons of Takashi Miike and Sion Sono movies over the past decade or so, I’m pretty familiar with the idea of the dissolution of a family unit as filtered through the eyes of an unconventional filmmaker. However, everything I’ve consumed during my jaunt through the world of twisted Japanese cinema was merely a primer for the unbridled nastiness contained in director Tetsuya Nakashima’s warped 2014 mystery ‘The World of Kanako.’ Even then, I don’t think I had adequately prepared myself for the extreme nature of this decidedly offbeat flick.

Let’s get this out in the open right away: If you’re not offended at some point during the story, then you’re probably completely desensitized to on-screen violence and wanton debauchery. Even this cinematically shellshocked writer had issues with some of the stuff that unfolded over the source of ‘Kanako,’ and this is coming from someone who freely admits to watching ‘Visitor Q’ at least once a year. Every single character in the film is utterly unlikeable, including the story’s supposed hero, a former detective who frequently goes to extreme measures in his quest for answers. More on this guy in a minute.

‘The World of Kanako’ follows the misadventures of a deadbeat father (the aforementioned former cop) as he attempts to locate his missing daughter. At first, it appears that she’s gotten herself mixed up with the wrong crowd. Unfortunately for dear old dad, it would appear that his kid isn’t as innocent as he would like everyone to believe, which isn’t that difficult to believe considering how utterly depraved her father is. As he digs deeper into the mystery, he discovers that everyone around him is either entirely corrupt or utterly deplorable, culminating in a heartbreaking and suitably abrupt finale.

Working from author Akio Fukamachi’s novel, filmmaker Tetsuya Nakashima paints a portrait of a world none of us would ever want to visit. Every character wears a thick coating of deep-fried sleaze, including former cop Akikazu Fujishima (Koji Yakusho), who desperately wants to find out what happened to his missing daughter. Unfortunately for the audience, Fujishima is just as despicable as the criminals with whom he interacts, which makes rooting for the guy extremely difficult. In short: Akikazu is a full-blown psychopath who isn’t above raping his ex-wife out of pure, unadulterated anger.

Even though ‘The World of Kanako’ doesn’t feature a clear hero, it’s still a fascinating journey from start to finish. Although it’s easy to tell what happened to Fujishima’s missing daughter about halfway through the flick, seeing just how deep the rabbit hole goes is nothing short of enthralling. Granted, the film can’t sustain the manic energy it generates during the first two acts, but there’s just enough mystery, suspense, and the occasional burst of dark humor to carry viewers through until the bitter end. It’s not easy to get there, but it’s a hell of a journey while it lasts.

All of this talk about deplorable characters and the story’s unsympathetic hero might suggest that I didn’t like ‘The World of Kanako.’ And while it’s difficult to say that you enjoyed a movie that features a plethora of sordid scenarios and shocking behavior, I found myself fascinated with Nakashima’s brutal mystery as soon as it hit the ground running. It’s a cinematic car crash, and it’s often difficult to peel your eyes away from the horrible things that are happening on-screen at any given moment. It’s a solid mystery set in a terrible world filled with awful people, but once it worms its way into your skull, you’ll find yourself locked in tight for the duration.