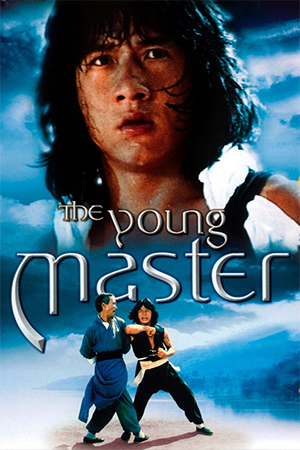 Following on from his success with ‘Snake In The Eagle’s Shadow’ and ‘Drunken Master’ with Seasonal Films and Yuen Woo Ping, Jackie returned to Golden Harvest to exercise a free reign, and make the kind of pictures he wanted, rather than what Lo Wei had previously forced him into.

Essentially following similar styles in look and tone to the ‘Drunken Master’ formula, this is still an essential chapter in the Jackie Chan Filmography as not only does it provide an early main role for Yuen Biao, but is also an early example of Jackie’s exercise in excess and desire for perfection. Filming began without a finished script, and on many occasions Chan would turn up to begin filming with fresh ideas only to feel that nothing was working and go home again. Other times he would try so hard for a perfect shot that he would shoot indefinite takes for a two second piece of action.

After injuries on ‘SITES’ and ‘DM’, Jackie was not a fan of Hwang Jang Lee, so when it was his turn to direct he chose Whang In Sik to play the main villain. The finale, and showpiece, features Jackie fighting the superior Whang for around 15 minutes, abandoning technique to win at all costs. The encounter is suitably aggressive and memorable, but for me, the highlights of the film are the scenes featuring Yuen Biao. His cool persona acts well against Jackie’s cocky nature and the encounters between them are both amusing and impressive. Other highlights include a brief, well-choreographed duel against ‘Enter the Dragon’ villain Shek Kin and the notorious fan fight against the burly Chiang Kam.

Possibly not as well structured or action packed as ‘Drunken Master’, but still an impressive note in both Biao’s and Jackie’s filmography making it an essential purchase for fans of old school kung fu.