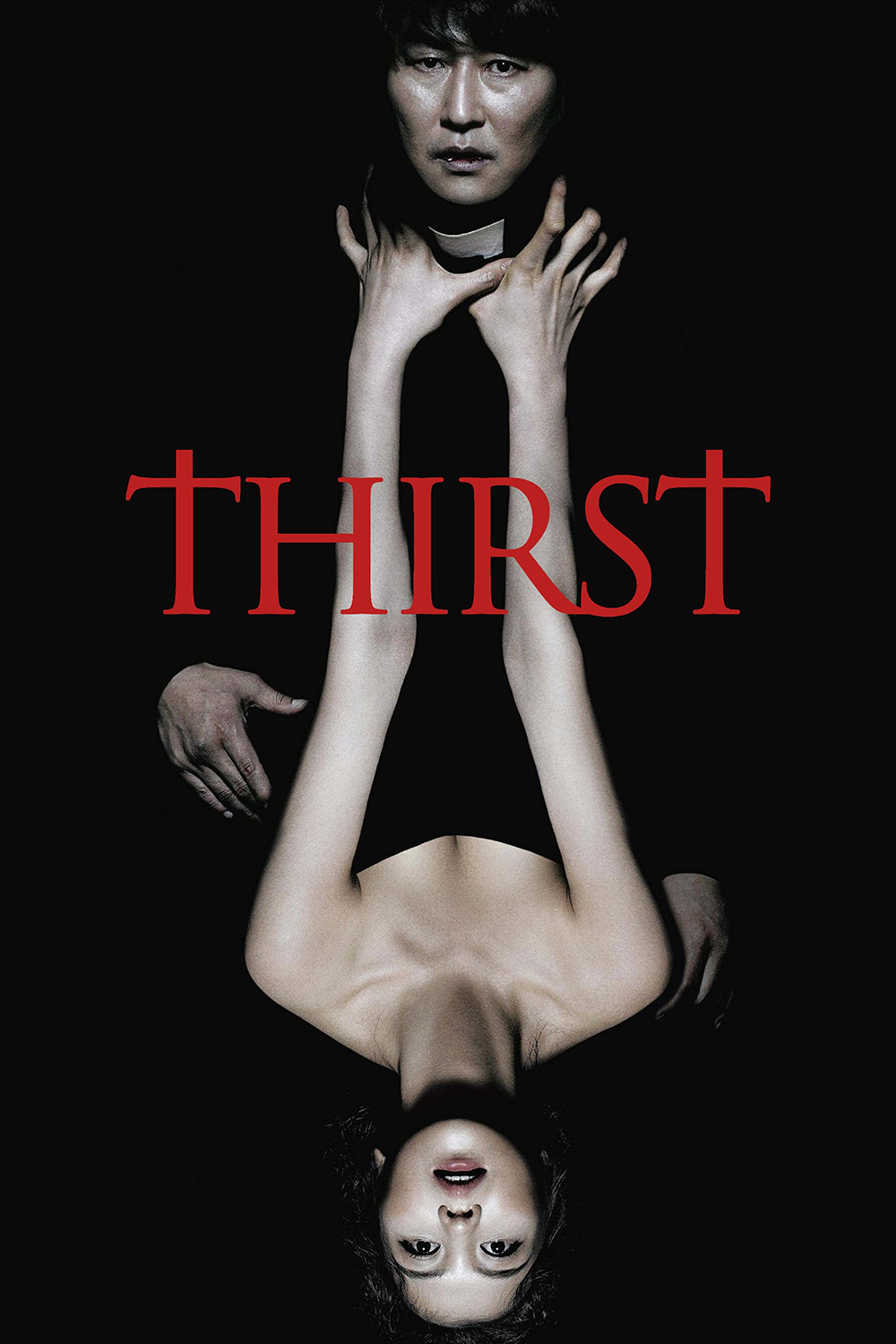 ‘Thirst’ is the 2009 vampire effort by ‘Oldboy’ director Park Chan-Wook, starring Song Kang-Ho and Kim Ok-Bin. It is the story of a Korean priest, Sang-Hyun, who volunteers for a medical experiment to help aid in the cure for a virus but ends up afflicted by a thirst for blood for his troubles. Whilst coming to grips with his altered state, he becomes involved with the wife of a childhood friend, setting the scene for lust, murder, bloodsucking and extreme guilt trips.

On a personal level I have always found Park Chan-Wook to be an incredible visual director in his use of colours and imagery, but usually found his grasp of narrative and story to be somewhat lacking. I did dig ‘Oldboy’ but found ‘Sympathy For Lady Vengeance’ to be an overlong train wreck so I have not brought any great expectations to the table when viewing ‘Thirst’. Despite some reviews, ‘Thirst’ is not a disaster, it may be a poor horror film but it merely uses the trappings of spooks and ghouls to really explore a sort of extreme character study of temptation and guilt. I doubt it was ever Park Chan-Wook’s plan to make the Korean ‘Nosferatu’.

Cinematic excess goes hand in hand with Park Chan-Wook sometimes, and there are plenty of shock cinema moments, from a corkscrew inserted into a chest to a grisly ambush on a motorist. There are also several overlong, dull sex scenes that see Song Kang-Ho and Kim Ok-Bin going at it like rabbits for more screen time than anyone should ever have to sit through. Song Kang-Ho also waves his todger towards the finale, rather out of the blue, something I could have done without ever seeing.

Though slow in some sections and sometimes a little confusing, still not too sure about the widower’s ghost, ‘Thirst’ flows very well. Following Sang-Hyun’s full transformation to bloodsucker he moves in with the family of his friend and this set up of characters works very well. Park Chan-Wook really captures the family moments and Kim Ok-Bin’s frustration at the tedium of her life is very well done, there is a scene with her and her mother in law in a shop that is perfect in its intent. He has perhaps been over-ambitious in the effects department at times, some horrible Doctor Who level CGI in some sections that would have been better off binned, but some visual moments are stunning, especially the last two minutes as the two tragic lovers meet their fate.

The acting on offer is excellent, especially Kim Ok-Bin who offers a bravura performance, especially towards the end as she develops a real appetite for doing her vampire thang. Usually actresses in horror movies are either just scream or come out of a TV to off someone but Kim Ok-Bin dukes it out as the closet thing ‘Thirst’ gets to a movie monster.

‘Thirst’ is an enjoyable but flawed experience, a stark, spooky drama with lashings of gallows humour that make up for its slight dips in story and style. It would probably earn less points in the hands of a less image savvy film maker.