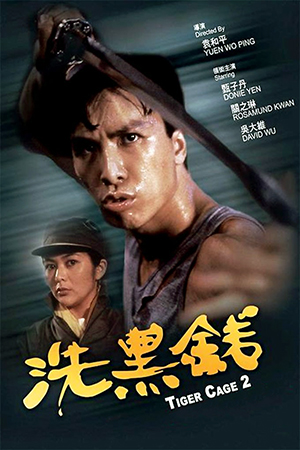 Any sequel to a HK film throughout the history of the industry, have generally been hugely rushed, inferior copies of the original, made for a quick cash-in. While the original was no great cinematic masterpiece, it was an action fans dream with powerful fight scenes and good performances all round. This pseudo-sequel, while not a true follow up to part 1, makes a refreshing change and actually exceeds the original where it really matters. Namely with breathtaking, bloody and stylised fight sequences.

As can be seen, I have given this movie 5 stars. That is not to say it incorporates the cinematography of ‘Crouching Tiger, Hidden Dragon’ or the emotional content of ‘Seven Samurai’, instead it delivers to its target audience what they want in a way that has not been seen since. As the film goes on, we are treated to numerous fist-to-fist set pieces, each more powerful, well choreographed and impressive than the last. Donnie Yen really did strike gold in the late 80’s when he met Michael Woods, as the two have given us some of the best ever one on one fights, the likes of which we are unlikely to witness again.

The plot, as it is exists, is a fairly generic drugs caper, much like any other. What stands it apart from the rest is the fact that the director, a certain Yuen Woo Ping, does not get caught up in a real dramatic exercise, instead moving along at breakneck speed to impress us with what we paid money for. Donnie Yen is never better than when working with the Yuen Clan and this is another fine example of what makes him possibly the greatest screen fighter of his generation. Rosamund Kwan does little except run around after Donnie, Cynthia Khan reprises her role from ‘In The Line Of Duty 4’ but is not on-screen for too long, while the villains are perfectly cast as Michael Woods, the wild John Salvitti and ‘Mortal Kombat’s Robin Shou all give their evil best, and deliver in each of their brutal encounters showcasing various styles including wrestling, swordplay and kickboxing.

All said and done, this really isn’t a truly great cinematic ‘film’, but one which moves at a frenetic, action-packed pace while fittingly bringing an end to the fabulous 80’s style action and is a golden reminder of what we struggle to find in any film, HK or otherwise, today.