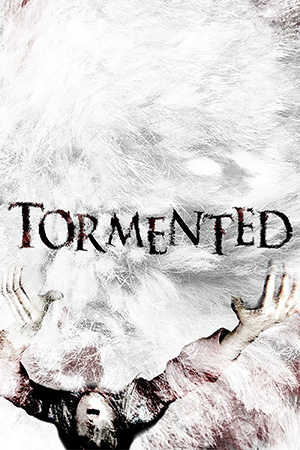 Japanese horror maestro Takashi Shimizu returns to the genre for another attempt at bringing you the chills in glorious 3D. Clearly inspired by one particular scene from ‘Shock Labyrinth’, ‘Tormented’ goes one step further and chooses to have a rabbit as the film’s antagonist. It’s not exactly an entirely original idea (think ‘Donnie Darko’), but is it one that works in the film’s favour?

Ever since 10-year-old Daigo killed a sick rabbit at school, he has stayed at home and been tutored by his sister Kiriko. He is clearly in need of help but their father is too trapped in his own grief to notice and spends all of his time illustrating fantasy books. After seeing a 3D movie with a stuffed rabbit floating out of the screen, Daigo goes missing and Kiriko can sense that he is in danger. Now she will have to follow him into a world of nightmares if she is ever to discover the truth.

Despite a rather bizarre-sounding concept, ‘Tormented’ definitely has a certain appeal. Unfolding in a very sedate manner, the film’s primary focus is always on the central character’s unstable psyche and her rather unusual family dynamic. This more human approach, coupled with the random appearances of a man-sized bunny, certainly gives ‘Tormented’ an added sense of realism that is very unsettling. Renowned cinematographer Christopher Doyle also has a big hand in developing the film’s atmosphere, using his experienced eye to set up some truly unique imagery.

As appealing as all of this is though, the lack of violence or a genuine threat is what really harms ‘Tormented’. Initially there are a few moments when the sight of a man in a rabbit costume attacking a child is fairly disturbing, but unfortunately the eeriness seems to evaporate fairly quickly. All of the big reveals are unveiled early on so the film clearly seems to struggle for ideas after the halfway mark. All we end up with is a couple of blatantly signposted twists before it eventually limps towards a rather predictable conclusion.

While it may not be as solid as some of Shimizu’s earlier works, ‘Tormented’ is still an intriguing slice of horror that has a very strong set of visuals. It’s just a shame that the main concept itself seems to run out of steam quite so quickly.