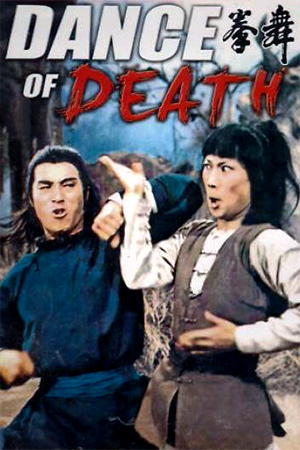 This is my first review of an Angela Mao film, a lady often referred to as the “Queen of Kung Fu Cinema” because of her roles in classics like ‘Hapkido’ and ‘Lady Whirlwind’. This being the only film available subtitled and widescreen, I had to check this one out…

Angela Mao stars as Fei Fei (Fly Fly), a happy-go-lucky orphan who comes across two Kung Fu Masters rivalling over whose skill is better. Fei Fei offers to answer that by receiving Kung Fu lessons from them. Meanwhile, a disciple of the ‘5 Style Fists’ is on the run from the ‘Hundred Birds Clan’ wanting to wipe out any student carrying on the style. Fei Fei saves the disciple but after he is killed, she decides to use her Kung Fu to get revenge on the man mainly responsible; ‘Ma Fa Chun’ (Ga Hoi)…

Unable to defeat him, the Masters and the student discover a soft but powerful flirting technique (very similar to ‘Miss Ho’, one of the 8 Drunken Gods in the classic Jackie Chan film ‘Drunken Master’) to counter Mu Fa Shan’s ‘Upside Down Horse Boxing’.

Don’t be fooled by my short synopsis, as it may lead you to believe this is another classic kung fu revenge flick. Unfortunately, it doesn’t even come close to either ‘Hapkido’ or ‘Lady Whirlwind’. The film’s characters and actions are rarely taken seriously, and I’d go so far as to say that this one of the worst kung fu revenge/comedy films that I’ve seen. Considering it was choreographed by Jackie Chan and stars an actress I appreciate, I was surprised at just how much of a let-down it is. The light hearted comedy and humour are often out of place and Angela Mao only offers an average performance. And don’t even get me started on Dean Shek! The finale is the only worthwhile moment, as it contains a rare flash of Jackie Chan creativity.

I always try to respect the amount of work that can go into a film, but ‘Dance Of Death’ just feels like a total disaster. Chan’s choreography is the only minor highlight, but otherwise this is really only suitable for hardcore Angela Mao fans.