This is a controversial one, guaranteed to get me tarred and feathered by some purists. And I should say that, for the vast majority of Asian films, viewing them subtitled and in the original language is the only way to view. Heck, I’m even sufficiently inured by bad experience to demand that a Cantonese film has the Cantonese audio and a Mandarin film has the Mandarin audio – I’m still scarred from watching a bootleg of ‘Saviour of the Soul’ on VHS that had an ear-piercingly shrill Mandarin dub on it. Subtitles give the source material the respect they deserve while dubbing – especially to those unaccustomed – creates fits of laughter and embarrassment. And as if to hammer home the point that I do watch the vast majority of films in the original format, I am fully on-board with shaming those who say stupid things like ‘I can’t watch a film and read at the same time’ on being confronted with subtitles. I’ll be there with the vat of hot tar for those people, folks.

So why do I find myself returning to the original English dub when watching a classic Shaw Brothers film? The time and effort to remaster these and bring them to ever sharper forms of media is praise-worthy, each new loving restoration of these great films ever more appreciated. So why does Vasily Pugh find himself watching ‘Legendary Weapons of China’ or ‘The 36th Chamber of Shaolin’ with the 80s English dub? Why did he purchase the Eureka ‘Lucky Stars’ box-set and jump for joy when the original dub for ‘Winners And Sinners’ was on it? Why would Pugh watch a poor VHS rip of ‘Drunken Master’ rather than a luscious new Blu-Ray version? And why is he referring to himself in the third person? 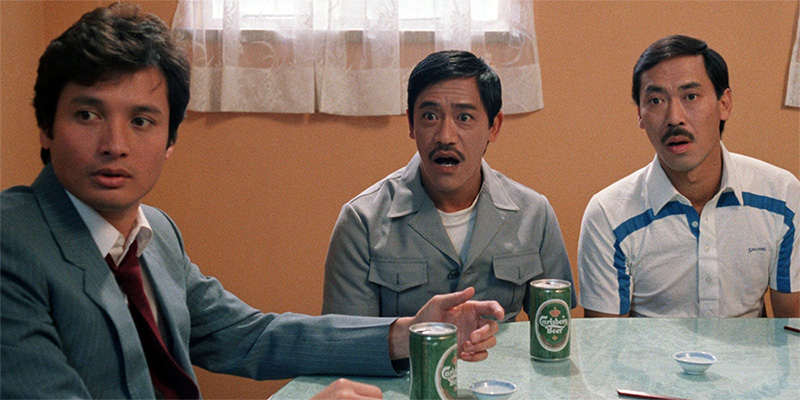 One of those non-English words that have recently been the preserve of journalists writing for broadsheets and people with beards who carry their offspring in an expensive papoose carrier whittled from Norwegian oak is ‘hygge’. It’s a Danish word that denotes the warm, cozy feeling that certain external stimuli bring us, the little frisson of reassuring nostalgia that, as we get older, we increasingly search out. And there is no greater sense of ‘hygge’ than when I am sat in front of a film I first watched thirty years ago, image significantly better today, but audio still beautifully ‘odd’. It recalls the discovery of Hong Kong films and the obsessive tracking down of everything one could find at the time. It’s like tasting a certain dish that only your mother knows how to make properly and feeling practically bulletproof when you consume it.

The classic dub appeared in most of the Warner Brothers VHS releases of the Shaw Brothers catalogue in the 80s. The hero always had the soft transatlantic lilt that made him sound a bit like Ernie Wise, the villain had that rasping roar that made lines like ‘You must be tired of living’ feel especially potent. The former were the voices given to Hsiao Ho in ‘Mad Monkey Kung Fu’, Gordon Liu in ‘The 36th Chamber of Shaolin’, while the latter tended to be emmitted by Johnny Wang Lung-Wei or Lo Lieh. Then there would be that soft, lilting, yet defiant tone that would usually be given to Kara Hui or Lily Li Li-Li, while wherever Lo Meng appeared you could expect a deep, booming voice infused with a bit of bravado. Of course, these voice talents were quite far from what one expected the stars to sound like, but part of the nostalgia was that you really got used to the stock talent involved. If Alexander Fu Sheng or Philip Kwok Chun-Fung popped up, you wanted, ney demanded that classic dub. 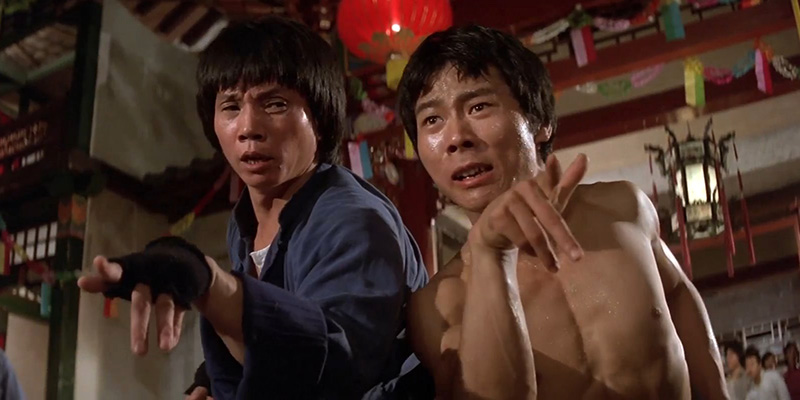 A reminder that those classic dubs are a cut above the others is when you first hear something that makes you wince with discomfort. Yet as I get older, even that has a certain charm, especially as you end up doing impressions of it in your everyday life (not that anyone knows what on earth you are on about). Some personal favourites that have drifted into the ‘so bad and jarring, that they’re entertaining’:

Yen Shi-Kwan’s supernatural baritone voice in ‘Fearless Hyena’ – “You better start digging. Otherwise, you will not be buried.” That deep roar that sounds like Barry White choking on a chainsaw plays merry hell with the bass on your home theatre system, but you don’t mind. Nostalgia trumps sub-woofers.

In the same film, Jackie Chan is given an English voice that sounds as if it has escaped from ‘Brideshead Revisited’. The first time you ever hear it, you postulate whether the voice talent was acquired from Eton and, in the case of a good portion of the background characters, some hitherto forgotten Ealing film.

The award for the most outrageously American voices used goes to ‘Drunken Tai Chi’, where every character sounds like some pastiche of ‘Happy Days’. Would the line “Your ass is grass, man!” be anywhere near as effective in subtitled form? 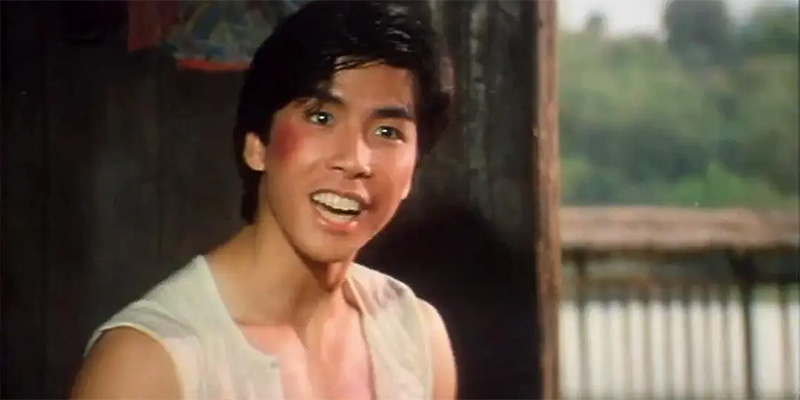 If you fancy experimenting with a pitch of voice that only spaniels can hear, pop the new Blu-Ray of ‘My Lucky Stars’ into your set-up and listen to the classic dub. If Eric Tsang’s voice doesn’t make the hairs on the arms prick up, you’re probably dead. So powerful was it that, for its sequel, ‘Twinkle Twinkle Lucky Stars’, you are quite relieved to hear Tsang with a slightly infantile but less ear-violating squeak. ‘My Lucky Stars’ further confuses things by giving the Japanese villains some especially stereotyped Nipponese accents, copied over to Yasuaki Kurata’s character in ‘Twinkle Twinkle Lucky Stars’. “Ah, so you’re not blind!” his character says in a voice that probably gets filed under ‘cultural appropriation’ these days.

Yet it could be worse. Hwang In-Shik‘s dubbed voice in ‘The Way of the Dragon’ is probably a hate crime these days, but for those of us who grew up watching that old Rank VHS, we can’t help but listen to it. All of the time and money different distributors have invested in giving the Bruce Lee films such reverential treatment mean little when I switch to the dubbed track on the Blu-Ray just to hear “Whhhoooo can do karate better than the Japanese?” or “Hiissss your name Tang Lung?”. A nostalgia sandwich. 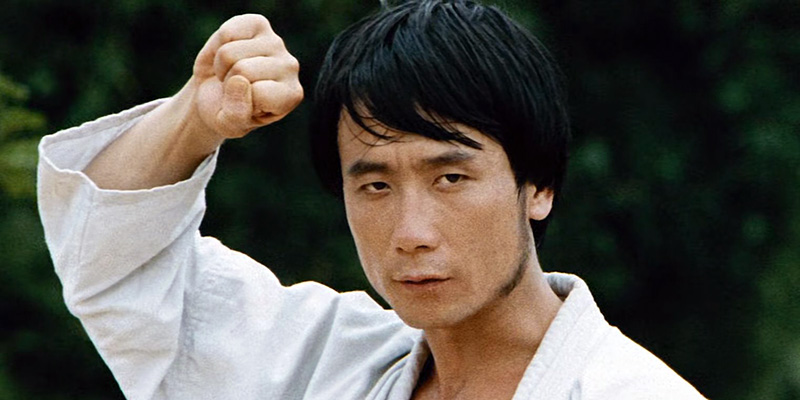 The Way of the Dragon

The very worst dubbing invariably went with the poorest VHS releases. If it was a kung-fu film that cost £1 and had a badly drawn cover, you knew that the voices would make your ears bleed. These weapons of sonic mass destruction are much less easy to get misty-eyed about and I remember, even at the time, when I certainly wasn’t fussy about how I got to watch these films as long as I could, turning the volume down on the television lest my parents heard the pantomimic voices. If you had spent ages trying to convince those around you that these dubbed films had some merit, the last thing you needed was some character turning up and talking like an inebriated Slim Pickens.

We’ve never had it so good as fans of Asian cinema. That’s something I try never to forget – no more 4th generation VHS copies with subtitles that were almost indiscernible to the naked eye or the like. Yet, speakers set to do their job, Vasily Pugh drifting away into his dotage, there really is nothing quite as reassuring as hearing Hwang Jang Lee in ‘Drunken Master’ say “Why don’t you go and clean toilets or something.” in that classic, hygge-infused, Rank VHS dub.

Follow me
Latest posts by Vasily Pugh (see all)
In Love With...